A History of the WSOP 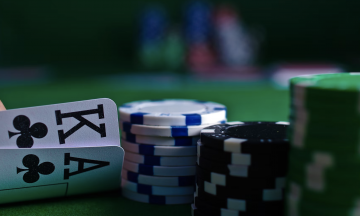 Are you looking forward to the upcoming World Series of Poker tournament? Continue reading to familiarise yourself with a brief history of the event so far.

Whether you are an experienced poker player or inexperienced fan, you will, more than likely, be familiar with the World Series of Poker and its impact on the global poker industry. What you may not be familiar with, however, is a history of the event from its inauguration in 1970 until the present day. Continue reading to find out everything you need to know about the World Series of Poker during the course of its 50-year tenure so far.

In 1970, the World Series of Poker was a never-before-seen invitation-only event open to some of the game’s greatest talents from neighbouring states. It was the brainchild of gambling icon Benny Binion and included only six players during its early years. This is largely due to the fact that poker was relatively unheard of, at least on a professional level, at this time with less than 100 poker tables to be found in the state of Nevada as a whole. By the 2000s, however, over 8,000 professional poker players made their way to the unofficial home of poker in an attempt to walk away with the most coveted non-monetary prize in poker in the form of a bracelet. In the time since, it has grown and developed from relatively humble beginnings to become one of the most coveted professional poker tournaments in the world.

As poker began to experience rapid growth around the globe, the World Series of Poker began to attract a greater number of players and spectators alike with each passing year. By the late 1980s and early 1990s, the tournament opened its doors to international players and women in an attempt to ensure the global professional poker scene was fully represented at the event. As a result, Iranian-born Mansour Matloubi made history in 1990 by becoming the first non-American player to win the Main Event. As the 2000s rolled around, however, the popularity of poker was undergoing a resurgence in online casinos such as the mega-platform ggpoker.co.uk, with more players than ever before able to sharpen their skills as well as keep up to date with any emerging trends from the comfort of their own homes. In what was one of the event’s most historic wins, Chris Moneymaker claimed victory in 2003 after qualifying on an online poker room and, by doing so, encouraged a growing number of regular poker fans to up their game and get involved.

Poker in the online era

As the World Series of Poker continues to reach new heights, the addition of the online version of events in 2020 contributed to its recent growth on a global scale. It may still be early days, but a growing number of players and fans alike have praised this decision as one of the greatest made by tournament organisers during its 50-year history so far. By doing so, satellite tournaments held in casinos around the world are now the norm and amateur and professional poker players can participate in the World Series of Poker Main Event regardless of their geographical location. This has paved the way for a new generation of poker players to take the reins and continue its legacy now and well into the future.

The World Series of Poker is one of the most coveted events in poker’s annual calendar. By familiarising yourself with its early years, its newfound fame as a burgeoning success, and poker in the online era, you can learn to understand its impact on the poker industry as a whole as well as its uncanny ability to transform an amateur poker player into a professional poker player.