Australia Has Won Its War Against The Virus – Which DJs Are Visiting Next? 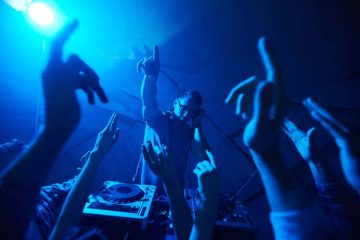 In terms of Covid capabilities, Australia seems to have it nailed. With successful management of a second wave, Aussies have kicked the virus by employing some very heavy-handed lockdown measures as well as strict internal border closures between states (that are only now just open!) as well as even stricter international border closures.

Let’s just say that to date, Australia has won its war against the virus. International flight measures are unlikely to change particularly soon, as the latest advice shows borders are still closed, with only Australian citizens, residents, immediate family members, and people who have been in New Zealand for two weeks prior allowed in. But with relaxing of social rules within the country, it’s time that people are actually thinking about events again.

The main things that Australians found the hardest to be without during the lockdown were socialising, sports (live and tv), gambling and DJ festivals like Pitch, etc. Sharon from CasinoShortList has this to say about the Australians and their passions, “There’s no keeping Aussies down, as we’ve seen sharp rises in online gambling, sports, and festivals. Some industries will even keep the ball rolling in the move to online services, but we’re likely to see a slow, cautious return to the live entertainment scene as people get back to their favourite pastimes.”

Over in Western Australia, things seem to be operating as usual, with events held for months.

The only drawback so far has been a lack of talent beyond the state’s borders, although now that these hard borders have been relaxed, the state is now able to get in interstate guests. For instance, Sydney-born Anna Lunoe, who has had releases on Fools Good, Mad Decent, and OWSLA and is usually based in LA, has December 2020 gigs in both Perth and Brisbane.

But what about DJs from beyond Australia’s glittering shores? When can we expect some new faces in town? While that all depends on what the state of the world is later in 2021, here is what is (tentatively) on the cards for the new year in terms of DJs touring the country.

Perennial darling of the festival scene, Splendour in the Grass, is betting on getting in the goods for their annual winter extravaganza and has announced their headliners for the long weekend. With Gorillaz, The Strokes, and Tyler the Creator all down on paper (perhaps tentatively) for 2021, we’re sure to see other names signing on as the months roll by. Note: it’s unknown whether Gorillaz will be doing a live set or a DJ set at this time.

While Splendour in the Grass is known predominantly as a live music-focused festival, it’s not without its banging DJ sets, as anyone who has spent time in the enchanting and mesmerising Tipi Forest can attest to. 2019’s edition saw DJ sets from the likes of What So Not, Hypnotech, Tycho, and Harvey Sutherland. Stay tuned for more info on this super festival.

Berlin-based Peggy Gou is (again, tentatively) heading to Aus shores in 2021. Gou has carved out a name for herself as a darling of the dance music scene and queen of Instagram across her short career. She is a powerhouse on the scene who is not without her controversies in the latter half of 2020.

With Boiler Room and Berghain shows under her belt, as well performing plenty of sets at some of the world’s premier dance music festivals, this South Korean native will be sure to sell out her shows in Australia, too. Try and catch her in November 2021, fingers crossed.

DNB heads who are fiending for their dose of some overseas action can look forward to the sweet, sweet sounds of Sub Focus, touring Aussie shores in 2021. Booked to play the Touch Bass festival in 2021, Sub Focus is an Englishman and stalwart of the global drum and bass scene, often touring and collaborating with other heavyweight names like Wilkinson, Dimension, and Culture Shock.

The Touch Bass festival will also be hosting Borgore (in a B2B with Svdden Death), Excision, and Jordan Burns. Bass heads can breathe easy this Easter as the tour comes to Adelaide, Perth, Brisbane, and Sydney, as well as Christchurch and Auckland shows over the ditch in New Zealand, too.

Need more DJs? Us too!

While it remains to be seen what actually happens when it comes to international touring DJs in Australia in 2021, you can be assured that the local and interstate music scene will ramp up if Covid continues to remain under control.

Aussie passport holders and those with family in Aus based overseas (for instance, Flume) are allowed to travel back to Aus pretty easily (with quarantine) still, so they may take the opportunity to come over for a tour of their home country.