How Slots Have Changed Their Tune: The Importance of Music and Sound Effects in Online Gaming 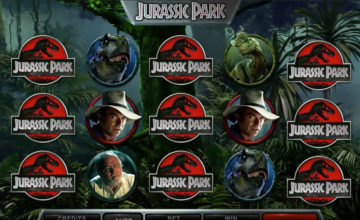 One of the greatest appeals of traditional slot machines in casinos was always the sounds they generated. From the simple “ding-ding-ding” tone associated with matching icons on reels, klaxons sounding for big winners in the Las Vegas casinos or that delightful chinking metallic noise of coins filling the payout tray.

However, times have changed in the digital age, with most of the classic mechanical machines filling casino floors now replaced by high-definition graphical and video displays, accompanied by a vast array of sound design and musical enhancements. All this is aimed at keeping players thoroughly engaged and entertained. These days, it’s all about the overall visual and audio experience, which modern players have increasingly come to expect from games.

The growth of the internet and mobile technology has played a large role in the evolving technology of slots, both at traditional land-based casinos and online casinos, with the latter having grown exponentially over the last decade. Indeed, the global online gambling industry is expected to be 94.4 billion U.S. dollars in 2024 and as such, developing games is serious business.

But it’s the graphics that count… right?

Music is arguably just as important as the evolution of graphical enhancements and gameplay mechanics in slots. Hitting the right note with players has been key to some of the most successful slots games around. Familiar sound effects and music, in particular, have been a key attraction to many recent online game developments. This is especially so for brand tie-ins with popular movie franchises such as the Top Gun slots game by Playtech or the Jurassic Park slots game by Microgaming which features dinosaur roars and music from the movie series.

Music is central to capturing a theme and, as one of the most prolific online games developers with over 600 current releases, Microgaming’s themed slots feature heavily amongst online casinos regularly reviewed at such sites like Grand Mondial Casino. They also recommend Quickspin as a favorite developer in 2019 thanks to tuneful releases like Pirate’s Charm, with music similar to that of the Pirates of the Caribbean movies for swashbuckling ambience.

Movie and popular video game franchises aren’t the only influence, however, with iconic musicians and bands also boasting their very own themed slots. The Queen of Country Music has her very own Dolly Parton slot, while rock legends such as Kiss, Guns N’ Roses, Megadeth and even Jimmy Hendrix also have their music accompanying the spinning reels in games.

The Guns N’ Roses slot quickly became one of the most popular games released by NetEnt, who followed up that success by releasing the Jimmy Hendrix Online Slot in 2016, which has also become highly popular. Not surprising, really, considering that it features iconic songs such as “Foxy Lady,” “Purple Haze” and “Crosstown Traffic” amongst others.

What could this mean for music, then?

Game developers and online casinos certainly know they’re onto a winner by linking popular music with their slots and this makes them an appealing additional source of rights revenue for musicians and artists too. For some up and coming bands and musicians, getting their songs featured in online games and slots could also prove to be a great source of wider exposure, reaching into new territories and amongst audiences they might never have considered before. It’s a win-win situation.