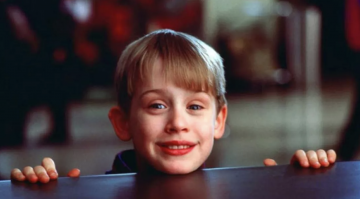 Music is something which has had a positive impact on many forms of entertainment over the years, through to TV shows and movies. There have been some epic soundtracks accompanying the latter over the last few decades. However, some haven’t had the attention they deserve. So, we’ve picked out a few of those soundtracks that are perhaps underrated.

Home Alone is perhaps one of the best-loved film series of all time, with Kevin being left behind by his family on multiple occasions. As Christmas classics, the Home Alone films are somewhat legendary but theme tune and soundtrack, are often overlooked. John Williams is the man who had the job of creating the iconic theme tune and soundtrack, and what a fantastic job he did, just as he had previously with Indiana Jones and other hit movies.

Brassed Off is a comedy-drama film released in 1996. It’s based on the Grimethorpe Colliery Band, and therefore a true story, with the likes of Ewan McGregor and Stephen Tompkinson starring. The film focuses on the closure of the local mine and a tournament the band enters, and everything is brought to life by the soundtrack which features the Concierto de Aranjuez and the William Tell Overture. It’s one of the greatest sounding movies to come from the 90s.

The Silence Of The Lambs

The Silence of the Lambs is an all-time classic which tells the story of a psychopath known as Buffalo Bill. The movie regularly makes the top ten films list of most film buffs and the music used throughout plays a crucial role in setting the scene. Howard Shore is the man behind the soundtrack, a revered figure in the industry. He’s worked on hit movies such as Mrs Doubtfire, The Hobbit and Lord of the Rings, but his compositions for The Silence of the Lambs delivered chills, horror, shock and angst brilliantly, and all at exactly the right moment.

Superman, a character who made it big in comic books, TV, video games, slot games and movies. He’s arguably the most famous superhero of all time, and everyone clamoured to watch the original film which released in 1978. John Williams, a man getting another mention in our list, produced one of the most exquisite pieces of music of all time for the Superman movie. The theme music is instantly recognisable, and for a good reason, but when you listen to it properly you realise just how fantastically deep it is.

Without fantastic music and soundtracks, many movies wouldn’t hit the same heights, which shows just how important it is to get things right in this area. While soundtracks are an oversight for some, especially when the storyline or action is so compelling, if you take time to listen, you begin to understand how significant a soundtrack’s influence is on a film.