Top 5 Most Expensive Albums in History 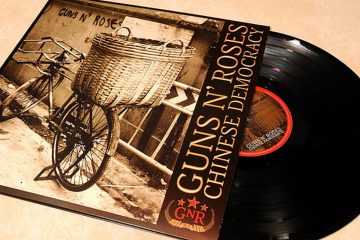 There are several ways to view the most expensive albums of all time. One way is to look at total cost, but keep in mind inflation clouds the numbers. While some might include manufacturing costs, most musicians are probably interested how recording costs have changed over the years. Here are some facts to consider about the most expensive albums.

How Albums Became So Expensive

Historians point to the recording rivalry between the Beatles and the Beach Boys in the 1960s as the catalyst for skyrocketing recording costs. After the Beatles’ explored sonic experimentation in 1966 with Revolver, the Beach Boys ended the year with their montage-like single “Good Vibrations.” It was the most expensive single to produce at that time due to its sophisticated approach to multi-track recording.

The Beatles answered with the innovative Sgt. Pepper’s Lonely Hearts Club Band album in the summer of 1967. The album was a masterpiece in symphonic production, utilizing a wide range of instruments.

Several artists have surpassed the Beatles in recording costs since Sgt. Pepper. The top five most expensive albums, each costing millions, have been:

As recording costs have gone up over the decades, the reason albums have become so expensive is due to more time in the studio and the use of more expensive equipment. But with improvements in home recording technology, it’s now possible to create professional recordings at a much lower cost for those individuals willing to learn the complex art of recording.

One of the reasons Michael Jackson’s 1995 comeback album Invincible was as much as a lottery jackpot was that he recorded over 50 songs with different producers in ten studios. Jackson had plenty of cash to burn back then so he booked three studios at the same time, allowing him to decide which studio worked best at any given time.

Sony allowed Jackson this freedom because his 1982 Thriller album was the biggest selling album of all time.

Even though Sony planned to spend $25 million on promoting the album, the label reduced this amount when Jackson reportedly refused to go on tour to promote the recording. Even though the album sold over 10 million units globally, the returns were not enough to cover expenses.

Another big loss in terms of investment was the 2008 Guns N’ Roses album Chinese Democracy. A primary reason this album cost so much was that it took years to record. The band started recording in 1994 but didn’t complete the project until 2007.

In this case, singer Axl Rose went on a firing spree, letting go several session musicians that didn’t meet his standards. Rose was shooting for “best record” ever made, but in the end sales came nowhere close to recouping recording costs.

It’s unclear if the album will even survive of not, as streaming has taken over popular music the past decade. Streaming has altered the way the music industry views marketing, as Billboard now emphasizes streams in its chart methodology.

Producers are usually paid upfront first. Many times high album costs are attributed to using a producer with a successful track record. That’s one of the reasons why Hysteria by Def Leppard cost so much, besides drummer Rick Allen losing his arm in a car crash. It led to him learning how to play with one hand.

The band also changed producers in the middle of recording from Mutt Lange to Meatloaf and then Lange again only to start over from scratch.

Michael Jackson still holds the record for most expensive album ever made, which mostly had to do with overspending. Future recording costs will likely drop due to the explosion of home recording technology.