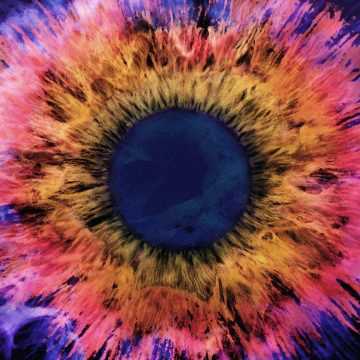 Have you ever wondered how mainstream music has affected gaming, and vice versa? Read on for all the information.

The classics of gaming can all be identified without having ever looked at them. The Legend of Zelda, Resident Evil, Mario Kart: they all have instantly recognizable soundtracks that are etched into the minds of players all over the world. The often-forgotten aspect of creating a game is actually a vital component of the immersion process: the music. Read on to find out how video game soundtracks were influenced by contemporary music and how they in turn influenced modern music.

It’s impossible to imagine playing Grand Theft Auto V without the satirical radio station playing as you drive or cutting through swathes of demons in Doom without that hardcore rock soundtrack. The most tragic death in gaming history would be nothing without the epic swell of music that was provided by Final Fantasy VII.

Music invokes and enhances the feeling intended to convey by the game and some games can never be separated from their soundtrack. The Last of Us’ menu screen – and hardest moments to sit through – are often accompanied, or even created, by the haunting plucking guitar and strings of Gustavo Santaolalla. Its sequel, The Last of Us Part II, can be found in vinyl form at any HMV.

Music’s principal aim is to invoke a feeling, and that is never more important than when creating music for a video game. The video game as a concept is the next step in a fully immersive experience, where you are the hero acting out an adventure. The music plays a vital part in that experience.

Ultra popular songs about gambling, like “House of the Rising Sun”, or Kenny Rogers’ “The Gambler” invoke a melancholy feeling, even in losing your game or indeed having a good time and winning. Ballads like Celine Dion’s “My Heart Will Go On” will break your heart, and despite lyrics about couples cheating on each other, Outkast’s “Hey Ya” proves that an energetic song will make people dance whatever the subject matter.

Rather than understanding what happens in the game, creators for video game soundtracks understand what the game is trying to say with its plot points and environment. Despite how similar No Man’s Sky and Mass Effect are on paper, what with being space epics that see the player hopping from planet to planet, they are vastly different games with different things to say, and their soundtracks reflect that.

Mainstream music is often chosen as a game’s soundtrack, with particular songs played, usually through a diegetic radio played in the environment. For example, The Diamond City Radio of Fallout 4’s barren, dying, wasteland is constantly belting out Golden Oldies tunes that have joyful melodies but lyrics that describe heartbreak, loneliness and the struggles of living. It suits Fallout’s satirical take on disaster to a tee and balances a tone that is fun for the most part but covering various criticisms of man’s effect on Earth.

Video games are allowing the music industry to not only survive but thrive. Music licensed for games like Fifa, Madden NFL, and Need for Speed have taken off since the days of Tony Hawk’s Pro Skater, and the first few Grand Theft Auto Games. It has allowed gamers to find new bands or try new music genres, and the effect of playing a game you love while listening to it is a deeper appreciation for the music.

But more than licensing existing pop songs for use in games, artists like Amon Tobin, Health and Skrillex have tried their hand at creating original game scores. Video games have permeated the structure and feeling of pop music, with some tracks like Jonzun Crew’s “Pack Jam” and Trouble Funk’s “Arcade Funk” outright inspired by 80’s arcade games like Pac-Man.

Video game music is often interrupted by sounds of the environment of the game, like footsteps in horrors, or the growling creatures nearby, or the heavy rainfall in, well, Heavy Rain. It’s a move deemed unnecessary in mainstream music, since the music alone should be enough to immerse, but these little touches add to the immersion of the song.

And today, more and more songs released feature some form of sound effects, like from a video game. For example, Finneas Eilish released “Break My Heart Again”, where the solemn piano’s introduction is played over the sound of receiving texts in the background, presumably showing the lyrics he is singing to or from an ex-lover.

Tyler The Creator’s Grammy Award-winning album, IGOR, separated songs with quotes from Jerrod Charmichael and other influences. It also features sound effects like a speeding car permeating “Running Out of Time”. In fact, “New Magic Wand” has a melody made up of what sounds like mic interference from getting too close to the speaker.

With concerts and festivals featuring the music of gaming composers Yuzo Koshiro and Motohire Kawashima, playing to audiences of 5,000 people, it’s hard to distinguish “gaming music” from “mainstream music” anymore.