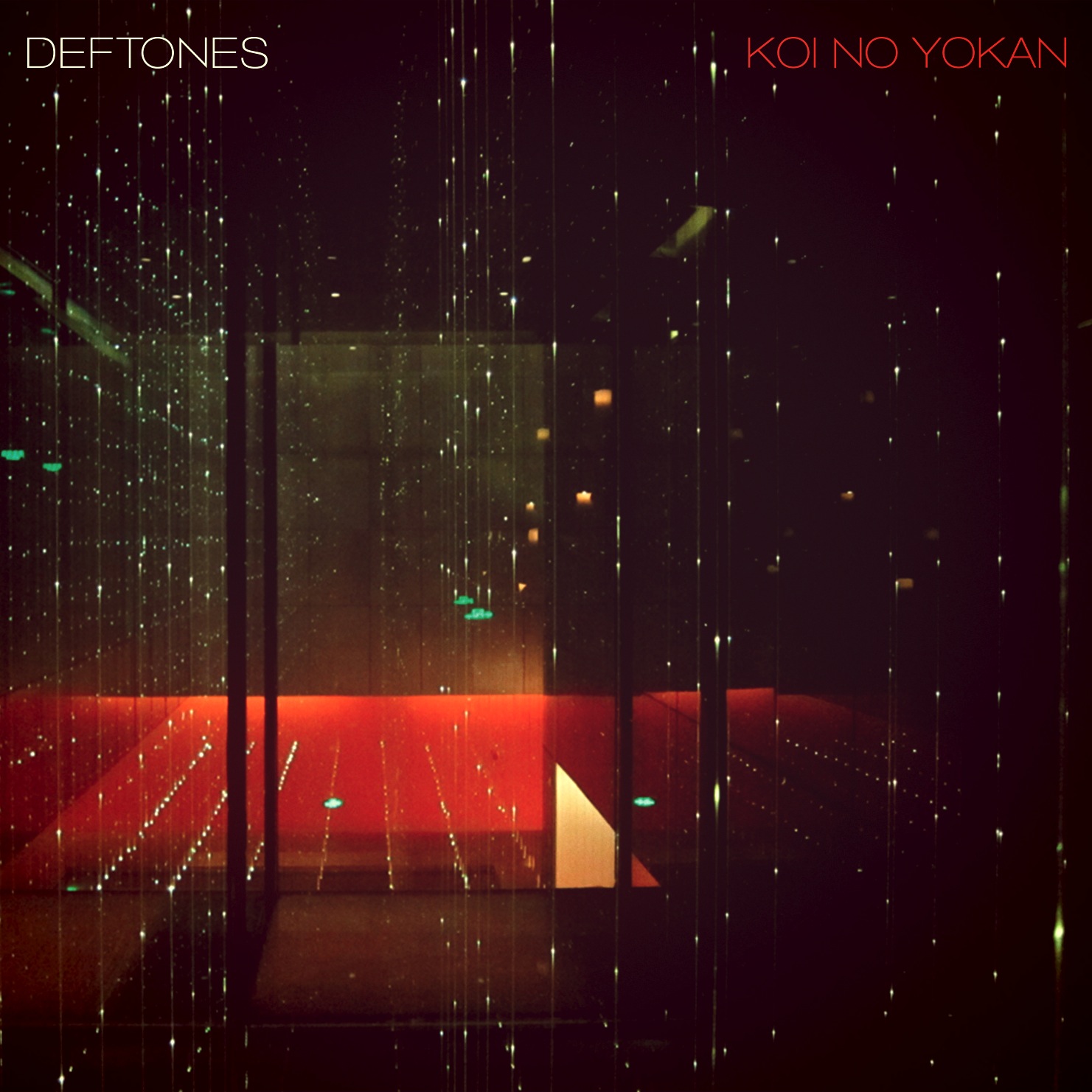 “The songs are very different from each other, not heavier or slower, but more dynamic, going towards several directions, it’s heavy, but beautiful.”

Deftones, one of the most critically acclaimed and consistent rock bands of this generation, return with their new album ‘Koi No Yokan’ to hopefully providing a shining light in 2012’s release calendar. The album, though not due for release until the 13th, leaked late on the 7th, after being a central player of some of the false leak report shenanigans of Has it Leaked. Naturally this calls for a quickie first-listen review.

From the very start, the album begins with ‘Swerve City’, an explosion of grunge and emo giving way to peeling guitars as the song progresses.  Deftones are not messing around here. The first act of this album is huge! Through the first three songs, Chino Moreno and his band lay out their inventory of hard-hitting arrangements. Post-production effortlessly fades elements in and out of the foreground. Stephen Carpenter’s new 7/8 string guitars of ‘Swerve City’, Abe Cunningham’s dynamic drum breakdowns of ‘Romantic Dreams’, Moreno’s screams in ‘Leathers’, Sergio Vega’s world-ending bassline in ‘Poltergeist’, all fly straight to the forefront when necessary. This subtle emphasis on what the band wants you to hear allows all members their chance to blow you away.

Another thing to take from this album is how personal it is. ‘Leathers’ is raw with emotion as Moreno screams “Shedding your skin – Show what you’re like from the inside”. ‘Koi No Yokan’ is a Japanese phrase detailing the feeling occurring when meeting someone, that the two of you will eventually fall in love. Love, though not completely realized immediately, is inevitable in the future. In the context of the title, the album can be taken as a relationship running its course; the heady romance and allure of the unknown in ‘Swerve City’ and ‘Romantic Dreams’; that first, really bad, fight in ‘Leathers’ as you learn to accept each other passed their outer skin; hopelessly in love in ‘Rosemary’ and ‘Entombed’; the passion waning, (“The sky is falling down, The night is calling you, our star is burning out”), in ‘What Happened To You’. The tracks detailing the happy relationship are reflected by the changes in tempo and song architecture like a form of pathetic fallacy. This can be seen in ‘Entombed’, Frank Delgado’s first real introduction on the turntables so far in the album. Electronic drumbeats and echoing vocal repeats give a lulling background as Moreno urges us to feel “safe and sound”. Between ‘Entombed’, released single ‘Tempest’ and statement track ‘Rosemary’, the middle of the album feel like scattered sometimes relaxed sometimes irrationally frenzied announcements of love. ‘Rosemary’ is particularly beautiful with romance-ensconced lyrics and a solitary, perfectly utilized keys outro flowing flawlessly into ‘Goon Squad’.

Chi Moreno has compared the new album to their previous release ‘White Pony’, but saying regarding ‘Koi No Yokan’, “The songs are very different from each other, not heavier or slower, but more dynamic, going towards several directions, it’s heavy, but beautiful.” With the album’s themes spanning such a spectrum of emotion as can be found throughout the course of an intimate relationship, there’s a song for all occasions and moods here. All of them however carry the persistent Deftones intensity bubbling below the surface like a menacing Mr Hyde ready to burst through Jekyll’s loved-up exterior.

My advice to listeners is to find That Song. That song that best captures whatever emotions are going through you at the moment and embrace it, because that song will be your track of the year. And play it loud.

Koi No Yokan can already book its place as one of Deftones’ best records to date; Love for this album is inevitable in the future.