Main Menu
"Here’s the first part in the series. 12. EROL ALKAN — a bugged out mix / Bugged Out (2005) At times when the rock kids wanted to rave their asses off, and the club crowd was in desperate need for banging tracks that rock, Erol Alkan was there to help. What he did at London’s […]"


Here’s the first part in the series.

At times when the rock kids wanted to rave their asses off, and the club crowd was in desperate need for banging tracks that rock, Erol Alkan was there to help. What he did at London’s Trash was irresistible and very different as it tore down musical boundaries cultivated for way too many years by a self-styled elite. Alkan’s (first) mix for Bugged Out was spot on, conceived as a going OUT and staying IN collection – and while the former delivered all the hits, the latter was the quintessential reason why this compilation was such an outstanding one: a fantastic selection of forgotten classics and new found favorites that added something very personal – and tres indie – to the chillout game. And unlike the clubbing experience of the first disc, particular laid-back mix actually stood the test of time.

“Songs For Creatures” is so outstandingly special, wide-ranging. genre-bending, versatile, unclassifiable. profound and even influential to many of the big names like Hen or James Murphy that it’s a shame it didn’t get a bigger audience. With a list of household name contributors and collaborators, a production that gives each of them enough room to expand and fold out the* talent and a musical range that spans from psychedelic rock to folk to house to synth pop and a good game of spot-the-influence-or-sample it’s obviously one of the most underrated albums of the last decade and – if you don’t have it – a must buy. If you don’t like it, you must be a bad person. Sorry to tell you. The full album is on Youtube.

It had to be exactly like that: when the prodigy of the late nineties, the kid with the midas touch, the teenager that founded Mo’Wax releases an album, it had to be big. that’s exactly the problem of it. It. Had. To. Be. BIG. He didn’t just collaborate with good artists, he collaborated with names. Mike D! Richard Ashcroft! DJ Shadow! Thom Yorke! Kool G Rap! Badly Drawn Boy! We need a bass player: Jason Newsted! Some strings: The London Session Orchestra! The artwork? Futura 2000! What else? Oh yeah, the music. Caught in this realm of name dropping and having to work with them, the album itself came out as being melodramatic, cliched bombasto-big beats and orchestra-hop with a good topping of pathos So you might ask: why is it in this list? Because it made big impact and we loved it. Plus, apart from all that, it really has its great moments. Lots of them. 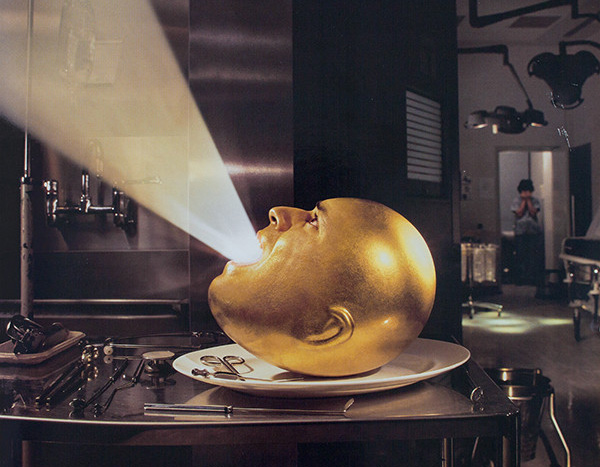 A fictionalized celebration of former friend/artist Julio Venegas’s life and death in the shape of a brain-busting prog-journey through elemental battlefields at the outskirts of Julio’s comatose brain. The Mars Volta’s debut release was such a free-thinking, free-form bomb of an album, its compression wave even reached folks like Dan the Automator and El-R who worked with Texas-born Omar Rodriguez- Lopez and Cednc Bixler-Zavala soon after it dropped. Perhaps the most amazing and dedicated conceptualists of that decade, the quasi-fictitious Venegas decided to commit suicide after he’d emerged from the coma – and it’s a shame these a fro-wearing guys decided to to follow him (ie disband) in 2012.

Arriving a year before that wicked Madvillam album (also on this list). Jaytib’s ‘Champion Sound” – the beat-swapping/ rmc-swinging meeting of Madlib and the late J Dilla – is perhaps such a great record because the approach couldn’t have been more loose, reckless and hasty: These guys just sent each other a couple hundred beats and finished them off in a few days No huge strategy, no meetings (and this was at a point when the world wasn’t as connected as it is nowadays), nothing. ‘I think it took me about two weeks m total.” Madlib, ever the taciturn artist who’d much rather work on the next set of beats than talk about former achievements. tokJ me back then in some hotel in Cologne. Way better quotes to be found here, including the best one. from “Pillz”: “what’s that nigga doing in the club with the cardigan”? Dunno, probably dancing to this. 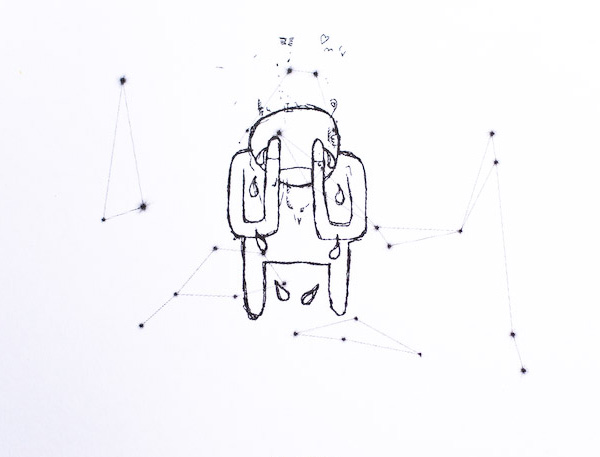 It was tougher than expected to pick a Radiohead album because basically everything they did between 1997 and 2003 was solid gold -I mean, even in their weakest moments the executed ideas were generally more interesting than what the potential competition had to offer. “Amnesiac* was recorded in the same sessions that led to the previous released “Kid A”, and it actually still remains a mystery, really, how both albums could manifest the band’s superstardom and became such bestsellers since they confronted the mainstream with a complex musical tapestry of avant-garde electronica, rhythmic experiments and the occasional flirt with krautrock. jazz and classical music.

James Murphy’s single releases that preceded his first album – “Give It Up”. “Yeah” and especially ‘Losing My Edge”/ ‘Beat Connection” – seriously made a big fuss shortly after the turn of the millennium It basically was impossible to one-up that on full album length, but what he delivered catapulted him, his band and his label. DFA. into dance heaven, made him the trendsetter, the jockey du jour. Kids were throwing chairs (and up) to his cowbell-ridden dirty mixture of homages to 70s Punk and Rock icons, topless Disco, Acid lines and his droning and wobbling vocals and tongue-in-cheek lyrics and tor a moment he felt like the messiahs to a bored to death dancefloor youth.

Seven. I remember opening for Bradford Cox’s solo-project Atlas Sound in Istanbul in early 2010, and when I asked him what to expect from the forthcoming album of the Deerhunter mothership, he just elusively gunned. replied “it’s big”, and continued to play around with a kitten that laid in the shadow in front of our hotel. And. wow. was he nght! “Halcyon Digest” is big, indeed, an 11 -song strong ode to the possibilities of making music as a band that has never shied away from expanding their sonic spectrum As a result the atoum’s deep (“Earthquake”), cryptic (“He Would Have Laughed”), sexy (*Coronado”). playful (“Helicopter! and everything in-between.

If you haven’t noticed it yet: we do love a good concept album over here “A Prince Among Thieves” was the first-ever truly epic hip-hop oeuvre, and the range of things the former De La producer presented on this one couldn’t have been bigger in scope. With a complete narrative arc that included everything from hilariously dodgy (that Weapon World track with Crazy Lou aka Kool Keith) to utterly tragic (the final tracks, that heartbeat pumpin’), that critic called it ‘the closest thing to a true rock opera you’ve ever heard’ was almost nght. except that it’s a true rap opera, it’s so good, it made our top 20 even though it features Evertast on one track

Bristol mastermind Geoff Barrow has done great things with Portishead since the mid-90s. but his motonk-rmnded Beak project, a rather small affair released via his own Invada impnnt. is pretty much the definition of utterly impulsive, rapturous neo-kraut bliss.

This album comes with the kind of blue flowers no mother would accept, but in hip-hop history, they will always shme bnghter. sicker than the rest.

A Canadian secret weapon, a masterpiece in clean melodies ascending into spacey clouds, while going it unveils myriads of hidden treasures, patterns full of air and passion. Seriously, after a few minutes into the record you instantly wanna be fnends. best friends with Graham Van Pelt as he obviously has to be a good guy. Why the hell isn’t this album In pop heaven? I have no fuckin’ clue. It’s a miracle.

Edward Droste got rid of the loner lo-fi bedroom experiments of Grizzly Bear’s debut in favor of a fully-accomplished band that expanded the sound to rather unexpected widescreen territories An instant classic and still one of the best bands around.

Malicious tongues stated that they liked the band even mom when they were still naming themselves Joy Division, but al hype and shit storms aside, there’s no denying that this is one incredibly powerful and emotional album. Extra points for having one of the best opening tracks ever.