Main Menu
"Guest writer Gianluca is here to list the essential indie music sites and services. Just like music, its opinionated and subjective, but without him we would probably try to convince you that Has it Leaked is all you need. So be glad the views expressed below is Gianluca’s and not necessarily ours.  Birp! Let’s start out […]"


Guest writer Gianluca is here to list the essential indie music sites and services. Just like music, its opinionated and subjective, but without him we would probably try to convince you that Has it Leaked is all you need. So be glad the views expressed below is Gianluca’s and not necessarily ours. 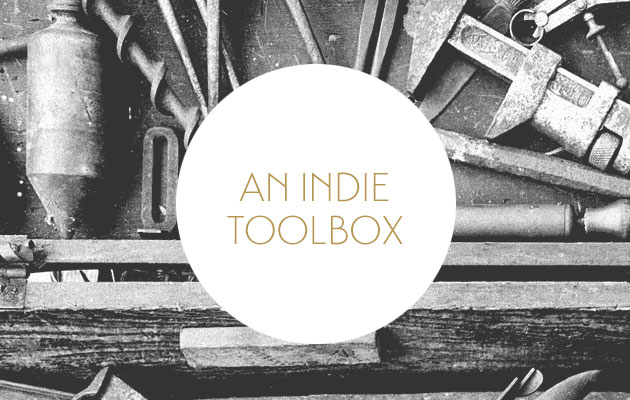 Let’s start out quick and easy. Birp! (blalock’s indie rock playlist) is a site run by a small team of hardworking nerds that have been compiling monthly playlists of roughly 100-150 songs from – you guessed it – various independents artists since 2009. Not to be confused with the sporadically updated IRP (indie rock playlist).

Every month a new list comes out and every month I’m impressed by both the quality of the music and the obscurity. If you really want your socks blown off, check out their best of the year playlists. Nearly every song is gold. Playlists are available to download through torrent, zip, or you can stream them.

Despite the name, the playlists have strayed away from true rock & roll and the majority of the tracks would be better categorized as electronic. In fact, if your bread and butter is metal or hip hop, just look somewhere else completely.

Somewhere along the line Pitchfork overtook Rolling Stone as the fastest, most credible source for music information. Hell, Anthony Fantano is a better outlet for music reviews than Rolling Stone, and he’s just one guy! Granted, he is the internet’s busiest music nerd. But seriously, Pitchfork has their own phenomenon named after them, credited with creating and destroying the success of various bands.

Say what you want about Pitchfork: that they’re arrogant know-it-alls, that their articles look like they were beaten to death by a thesaurus, but they hit the nail on the head more often than not. Anything graded 8.0 or higher is almost always solid. Also, for every incomprehensible, wordy article that takes 800 words to say what could have been said with 200, the site occasionally offers some stand out writing. Just look at Ian Cohen. Dude knows his stuff. His review of Gambino’s Camp is renowned for a reason; it’s opinion-swaying caliber writing.

“2010 saw an avalanche of dubstep and bass singles that
drew straight from early 90s ‘ardkore– scatter-beat proto
jungle breaks and e-peak hyperventilating synths and diva
vocals turned manic spaz-outs and all of that.”

Anthony Fantano is the only other worthwhile reviewer on the internet beside the horn-rimmed frames over at Pitchfork. The antithesis of Pitchfork in a lot of way, Fantano’s reviews are often better because he doesn’t take himself too seriously and tends to review like a fan, which is refreshing in a world where every weak Pitchfork imitation blog treats listening to an album like they’re explaining string theory. Though more comprehensible than a handful of the top review sites, even Fantano falls into the trap of vague buzzwords like “punchy drums” and “thin guitar” to describe a song’s sound. Needle Drop and Pitchfork are all you really need in terms of go-to review sites, especially because they often have differing opinions.

We all know Reddit is the place to go for funny cat pictures and recycled inside jokes, but did you know there are also crowded or near empty music subreddits where you can enjoy the very same recycled inside jokes? Reddit is a forum website made up of sub-forum forums called subreddits. There are subreddits dedicated to every conceivable genre of music. Some are excellent (r/metal, r/hiphopheads, r/listentothis, r/indieheads) and some aren’t (r/music).

R/metal and r/hiphopheads are well managed forums filled with hilarious, like-minded people and fresh content. These two subreddits are two of the best music subreddits on the entire site, not just within their respective genres. The front pages are stacked with new music, relevant news, and the comments sections are filled with bright, insightful discussion – just kidding about the discussion, it is reddit after all.

Unfortunately, the nature of the website is to reward familiar content with upvotes which in turn creates a vicious cycle of reposting. There is a certain boiling point where a subreddit reaches a maximum capacity of subscribers and suddenly becomes terrible. Take r/listentothis for example. A year ago it was possibly the best place on the internet to share new music. Now, despite excellent moderation, its status as a default sub has given it an expiration date. People can upvote Shakey Graves only so many times.

A handy little website that helps you discover new music similar to the music you like and offers recommendations based on your scrobbles (which is silly word for songs you play).

I use this website more as a reference for different genres. If I ever need to label a band with a genre tag, and I can’t seem to put my finger on their sound, I just look them up on last.fm. Aside from that, the best feature the site offers is the ability to search by similar artists and rank your search results in descending order by similarity. I highly recommend you link the last.fm app with your Spotify account, that way it records what your activity as “scrobbles” and further customizes your recommendations.

Not many downsides to the site. Its biggest flaw is that none of the services it offers are necessary day-to-day. I don’t need to check similar artists or genre tags daily, but when I do, I have the site bookmarked.

A collection on 802 blogs bottled up into one song shuffling website. You can listen to tracks posted by different blogs and then follow the music back to the original site.

A smart looking design with and original idea, Hype Machine is the kind of website that just knows it’s cool. Pick a genre tag and let the internal music player ride, you’re guaranteed to find some gems. You can also sort by uber-specific tags like “glo-fi” and “future garage” which is completely unique. Oh, and it’s great for remixes, if that’s you’re thing.

While Hype Machine is chock-full of dazzling gimmicks and features like “time machine”, which allows users to see the most popular songs of months in the past, it’s seriously lacking on more important fronts, like genre tags. Don’t be shocked if you get “coffee house acoustic” while searching by “hip hop”. It’s these kinds of infuriating errors of basic functionality that keeps Hype Machine’s potential in check and in league with the dime-a-dozen Spotify apps that do the same job better.

Rateyourmusic is Goodreads but for music. You can create lists and audition for Pitchfork write insightful album reviews.

The chart feature is made legitimately cool by its ability to sort by every imaginable sub-genre. The list portion of YRM has potential for discovering good music if you can stomach sifting through lists like “Modern Music Sucks” and “RYM’ers Who Hate The Song Imagine”.

A neat blog containing charts and flowcharts of essential bands and albums, created by the /mu/tants over at 4chan.

The contents of the archive range from incredibly creative to hilarious. The introductory flowcharts to sprawling genres that can be difficult for newcomers are invaluable resources.

I’ll be honest. I’m not sure if this site is even updated anymore. That said, the archive is plenty large and well worth exploring. Use this site to find music new to you, rather than recently released.