Main Menu
"Meet Slade. A 21 year old guy from the states who just moved out of his parents house to live with his girlfriend. Slade likes driving fast cars, playing Halo and music. I don’t know Slade’s real name, because he run one of the fastest growing music piracy sites. Its called Kingdom Leaks, and if […]"


Meet Slade. A 21 year old guy from the states who just moved out of his parents house to live with his girlfriend. Slade likes driving fast cars, playing Halo and music. I don’t know Slade’s real name, because he run one of the fastest growing music piracy sites. Its called Kingdom Leaks, and if you’re an avid Has it Leaked visitor chances are that you’ve seen the site being mentioned. Slade’s site is only a year old, but have already shared thousands of albums and have according to Slade been the originator of a handful of leaks.

It used to be scene groups who were the first to leak albums, then came private torrent sites like OiNK and What CD but since then we’ve seen a steady increase in leaks from regular, public blogs and forums. However, they have often either closed down or gone private, with invite only access. Kingdom leaks, together with a handful of other sites, are currently a major force in the music piracy network since they make use of open file sharing services to spread music publicly. Making free album downloads only a Google search away. 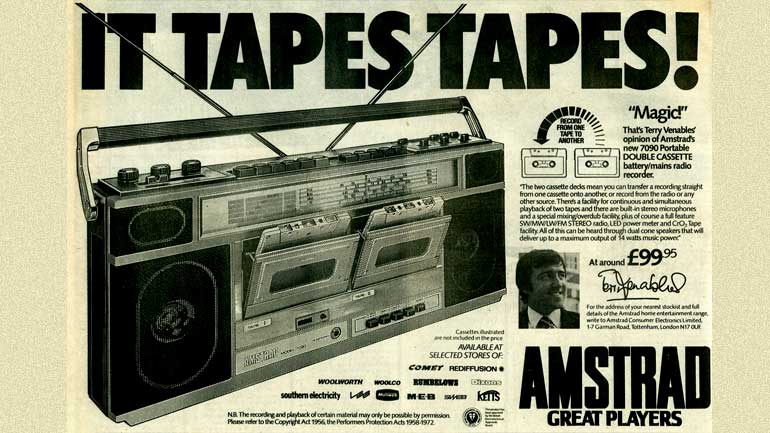 But what’s the incentive to drive a public downloading site? Why take the risk? And what’s their view and relationship with the artists and labels who are trying to sell music? Slade has given us an insight into his thoughts on leaks, the music scene and both his and the sites future. Editors note: Has it Leaked is a mediator between labels and fans. We do not support the distribution of copyrighted music and are not affiliated with Slade or Kingdom Leaks. Read our policies and about page for more information.

Has it Leaked: So, describe your site Kingdom Leaks. It’s a community where users, and yourself, post albums – Both new leaks and old albums. And your most popular genre is metal. Is that correct?

Slade: Yea the site is an open forum style website where only staff members are able to post new releases and leaks. Now at the moment, the most popular genre that the community is after is definitely Metal, but we are doing our best to branch out and get many different types of music out to our members.

So you’re not the only one running the site?

Well, it started out as just me back when I created the site in the summer of ’13. As time went on though, I befriended a web designer who created the website that it is today. And in that time period i’ve needed to add people to what was becoming the KL staff to help with posting and such.

Why did you decide to start the site?

Long story short, after many years of being a leecher on various sites, I decided to go off and do my own thing and create a place where people with, almost the same preferences, had a place to come to and just be a part of a community.

There’s obviously a risk, going from a leecher to a distributor – Were you worried about getting into the piracy scene from a legal perspective?

Yes and no, because as long as you take certain precautions to keep your personal info, well personal, you’ll be ok. But there will always be that fear of getting caught, but I think that’s where that saying comes from…”no risk no reward”.

What’s your take on piracy in general? Do you think its harmful for labels or artists?

There’s a certain point where piracy could hurt a label or artist, I completely agree. But then again, in some cases piracy could in a way help out the artist. Talking about piracy on leaks though, I remember reading an article on what labels think of them, and this is what they had to say. ”Labels don’t really care if an album leaks, they care how and when it does.” Couldn’t say that any better myself, because there is definitely a time where if an album leaks it could help and artists sales by having the downloader potentially become a fan, buying the album/tickets to shows etc. But then again there are cases of things being leaked months in advance where it can do nothing but lose all momentum and hype the label/band has created, therefor cause the lose of sales and future profit.

“if KL is to progress and make it through the year as a top leak site, we can’t let an early release get us down too much”

You mention ”no risk no reward”, but what is your reward?

Honestly, there are many different rewards for doing what we do, but one of the biggest ones would be that we have created one of the best places to come to for leaks and new releases. Just having people come back to the site is something we are very proud of.

Do you ever feel bad for the labels and artists which you might hurt – In terms of record sales? I mean, there are artists who don’t tour, or sell merchandise and live on record sales alone.

See this is something that has caused a few issues within the KL staff, and it really is something that is brought up pretty frequently. Now of course I feel bad for those labels/artists that suffer from leaks and piracy in general, but that is why I try to control when things are released and not. Now I can’t say that about the other sites, but if KL is to progress and make it through the year as a top leak site, we can’t let an early release get us down too much.

So, when you’re saying ”we can’t let an early release get us down too much”, KL is your priority?

No doubt about it, KL is my top priority right now. There has been so many hours not only put into the post count, but also from being active in our Chatbox, by just talking to the members and getting to know them etc.

“We get constant notices to take things down”

Have you ever gotten DMCA takedown notices or direct complaints from labels? Are you removing albums yourself, or it is the file sharing sites you make use of which bans them?

We get constant notices to take things down, but we only act upon the severity of the notice, that way we can keep as many posts up as possible without creating a problem. The only difference between a direct complaint from either a band or label and a DMCA complaint, is that we act immediately for the band and labels. Now when that happens, we remove all download links associated with the post from all the file sharing sites we used, other than that, the DMCA is pretty good at weeding out our links and having the hosting sites remove them.

Do you ever worry about getting caught doing this?

Sure, every once in awhile i get that thought of being caught in my head, but i’ve done my best to keep my personal info to myself so it’s not something I think about everyday.

Have you ever leaked an album? And by leaked, I mean – Have you been the originator, and first source of an album download to the public?

Actually yes, not going to go into too much detail, but lately we have had the opportunity to be the first to leak several albums. It’s always tough to find out where a leak originates from since it’s almost instantly spread and recycled the moment it hits the mainstream sites, but over the course of KL’s life, we have acquired a few assets to help ”be the first” to leak things.

Leaks don’t come from as many CD distribution centers or record stores as much as they think they do. In the amount of time i’ve been leaking albums, 9/10 times the leaks will come from press copies. But with that said, very rarely will a label send download links early or albums will be available at stores early.

“It basically pays for itself”

I see that you’re running a few ads on your site, do you make any profit from that?

We do, but very little compared to the revenue we get from our adfly. I know some people hate going through that 5 second ad, but what they may not realize is that those 5 second ads are a big reason why the site is still up and running. It basically pays for itself, which is great for the staff so we don’t have to pay out of pocket!

Is there any advice you would give to labels and artists? Is there a way for them to stop leaks, or should they try to find other ways of making an income?

I honestly don’t think leaks will end anytime soon. I mean, the labels or music promo sites may try some new things and make it more difficult to leak something, but if there’s a will there’s a way. I just think that’s the way the music industry will always be, to tell you the truth. Now I don’t think bands ever like it when their record leaks, but I think it’s a great opportunity to show their fans who they really are as a group. Some bands acknowledge leaks and get sympathy purchases, which aren’t always a bad thing, and then there’s those bands that act like nothing ever happened. Now i’m not saying that acting like nothing happened is the wrong thing, it’s just one of those, ”in the moment” type of calls.

What’s the future plans for the site, and where do you think its heading? Similar sites often face a legal battle once they grow too big, and either close down or go private. Anything you’re taking into account? Where would you like to see the site in a couple of years?

Well everyday we grow bigger and bigger, and yes this is a great thing for us, but like you said, it’s also a bad thing because it attracts the attention of labels. But for now we are going to keep on moving forward and cross those bridges when we get to them. I’d like to still see Kingdom Leaks as one of the top contributors in the leak game. We’ve gotten a huge head start this year by getting a few major leaks, which really built a fanbase early in the site’s life. There’s plenty of people who rely on us alone to supply them with leaks and new releases, so that’s what we are going to do for as long as we can.