Main Menu
"01. DJ SHADOW – endtroducing / Mo’Wax (1996) An introduction to sample culture and epic beats for many, “Endtroducing” indeed marked the end of an era: After the release of DJ Shadow‘s masterpiece, there were no more distinctions like “these guys listen to guitar stuff only,” “he’s into hip-hop” etc. It’s the one record that […]"

An introduction to sample culture and epic beats for many, “Endtroducing” indeed marked the end of an era: After the release of DJ Shadow‘s masterpiece, there were no more distinctions like “these guys listen to guitar stuff only,” “he’s into hip-hop” etc. It’s the one record that everyone agreed on, that made everybody shut up on long rides in the car, smoking silently, thinking about midnight in a perfect world. Having secured its Guinness book entry for being all samples, the weird thing is that even 10 years ago, meaning 10 years after its release, Shadow didn’t know what to make of his achievement: “It doesn’t even feel like I made it,” he told us in 2006. “I just wonder how many times I’ve heard some of the songs, like ‘Organ Donor* or stuff like that.” We’ve certainty lost count a while ago.

A mix ranking in at two? Seriously? Yes. It’s not just a mix it’s a statement, a blueprint, yet I’d even call it a quantum leap. A statement of not just neglecting the right speed of a recording, but completely denying it. Everything has already been done when it comes to DJing and playing a (one!) record at wrong speed to fit a track into the selection wasn’t new to the art of DJing, but making an entire mix out of slowed down edits of tracks you’ve probably known since childhood definitely was. And it was a blueprint for tons of bedroom producers to start their own edits, for DJs to slow down their sets and leave the realms of the unwritten law of 120 BPMs. Yep, this alone doesn’t make it our No. 2, it’s more than that. It’s the selection and the edit work. None of the tracks were left untouched, each stripped to the bone, dissected to its essence, the creme, to create a crawling, haunting one of a kind masterpiece that makes it even hard to recognize the originals by The The, King Crimson, Lipps Inc., Soft Cell, Sparks and others. Plus you wouldn’t believe how danceable it is – at least if you don’t just fall into head-nodding mode when something undercuts the 100 BPM mark or you are on cough syrup and/or ketamine.

Compared to follow-up “Return To Cookie Mountain” everything the band had released before felt like work in progress, still it’s their debut album for 4AD “Desperate Youth, Blood Thirsty Babes” that is the most exciting one for exactly this reason. With “Return”, the Brooklyn-based collective found its very own formula in terms of coherency and creating a thick atmosphere, but it was this Kyp Malone-introducing record which gave us these rare “Eureka” moments, as it was confronting the audience with an extraordinary mix of broadly diversified musical styles and highly intelligent lyrics you always thought was impossible.

Here’s a trademark sound that’s about as undeniable as David Lynch and his red curtains: more than most of the other top-10 albums on this list, MHTRTC has it’s own aesthetic and mood, its own color spectrum and temperature zone, in short, it is an independent “realm” in a grim alt-future (or alt-past) no sane human being would ever want to see for longer than the length of an album. Both soothing and harsh, like fairytale worlds somehow (and like “Geogaddi,” the duo’s statement that followed), it’s timeless electronic music that seems to happen at a distance, on some horizon we’re removed from, and thus safe from harm. That’s probably why It feels so sublime. Tomorrow’s Harvest is also a an under appreciated masterpiece, just wanted to throw that in here. 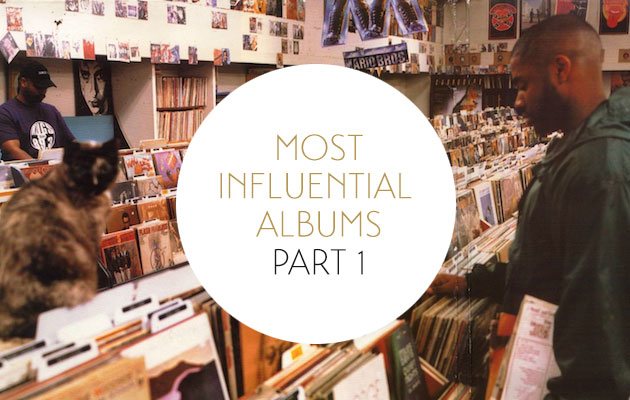 For someone whose musical identity has generally been categorized as techno, Kirk Degiorgio’s “Planetary Folklore” is a significant development, an opening up of new horizons where many strands of influences are woven together with comparative ease. It never has been a secret that his influences and inspirations were black, so this percussion-heavy, enormously creative and astonishing well produced album is his bow to and interpretation of jazz and, listening to it, it’s a direct bitchslap to everyone saying you can’t get soul out of machines. Soulful breakbeats mutated into 7/4 gradually twist into analogue motives. This is sorcery. In a good way. Let me make this citation: “Music doesn’t need to be explained – It speaks with an eloquent clarity all its own. Wise men will not try to speak for it, but will listen to what it has to say.” Go, listen to this one.

It just needed two singles to realize that Zongamin – the pet project of genius illustrator turned producer, remixer and passionate bass player Susumu Mukai – probably will be the hottest ticket in town. And, yes, the arrival of the long-awaited longplayer then easily underlined the expectations. The beauty of his self-titled debut is that it’s so consciously imperfect and free-floating, a much needed antidote to all the soulless stuff out there that felt so unnecessarily heavy on calculation. Where others tried their very best to be cool and inventive – and awkwardly failed – Mukai was just doing his thing and modestly invited you to join the party.

On the one hand it’s easy for an album to slip into a top list when its test of time has just merely the span of half a year. On the other it’s written in stone (for us) that this one will live forever. First of all: the record in fact came out end of last year, but its foundation – extended jams by the Soulwax guys and Fergadelic – were recorded in Ibiza in 2007, so it already took that test. Second: it’s a krautish monster, a rendering homage to the early pioneers of a sound being caught up in a maelstrom of repetition, lysergic overlapping and culmination, each track rolling out from eight to 15 minutes, building up and up, just to fire off halfway through the track, deep diving and meandering into your brain to stick there like super glue. Amazing material. If you missed it, don’t worry, it’s already in repress. Buy and fall in love! Forever.

Years before Daniel Rossen joined Grizzly Bear and Fred Nicolaus sunk his teeth into Golden Suits, they were NYU roommates with a seemingly soft spot for wonky beats and (very) weird ideas. Rossen once told us that he always thought that Department Of Eagles’ early material never was elaborate enough, and felt more like an inside joke that kinda backfired. Indeed, the : whole thing sounded a bit like a jam session between DJ Shadow and a kooky indie band that just loves to party naked, a mix of ^ strange samples and unearthed sounds and garage rock and .. beatsmithery and offbeat pop – but that exactly was the trump card of this record. After a five year hiatus DoE returned with a musical J makeover on 4AD, still lovable… but we miss the nerdy and unrestrained lunacy of the early days.

It’s no easy task to master the balancing act of producing a high glossy dance classic that should have been in the charts (ok, & “Number One” clocked in at 66 in UK, so it was somehow) and still don’t get the disdainful looks by the underground heads, but even get the credits from their direction. Well, Playgroup managed It. i Trevor Jackson tied up a polished sort of pop with the raw elements i of disco and bits and pieces of what was called electroclash to j create an album that still sounds fresh and lives up to the standarc^j on the dancefloors.

It’s funny, but just today I heard some excerpts from “TNT” on , the radio, between political commentary, filling up space between interviews, almost muzak-like. (They also played some Nostalgia 77 though.) And yes, it does have its muzak-y qualities, but still it was clearly Tortoise’s moment, was post-rock’s moment. I remember seeing them twice in 1998; the first time happened to be on John! McEntire’s 28th birthday. The crowd, pretty much 100% of them a dressed in black, cheered while he, totally true to their non-existent stage antics, didn’t even move or smile. And yet a minute later he if was at it again, switching instruments with the rest of the band. Pure bliss to see those songs come to life.

When Young Fathers dropped their first EPs a few years back, it was clear that they were all about blowing up preconceived notions about hip-hop. “Dead” was their first album proper, an album that killed and thus saved the genre: These three Scotsmen managed to capture a motherless ship full of pumping blood and tribal guano, navigating it trough dystopian seas while singing the praise of merciless self-empowerment. It was an afro-rural cal! to arms, complete with raised fists and clapping and chanting and humming and walling (and dancing), invading the very concept of hip-hop and bursting it like nitrogen. In short, this was and is a BLAST of an album. Good to see them open for Massive Attack these days.