Even though it’s only been a little over a year since Kanye West’s groundbreaking Yeezus dropped, interest has already turned to Kanye’s next album. Rumors, Google translations gone wrong and confirmed collaborations have been floating around for months now, so let’s summarize what we actually know.

‘Ye did say in 2013 that he planned to release a new album in summer 2014, but there hasn’t been any talk about release dates for the album since then. But, on July 6th, Kanye allegedly played twenty new songs as part of a private DJ set in London. Unfortunately, no recordings of the songs exist, just one surreptitiously taken Instagram picture and Jason Powell describing the tracks as “Dark, hellish and groundshaking”. Twenty songs might sound like a lot, but remember that he headed in with more than three hours of music before stripping it down with Rick Rubin to bring Yeezus final ten tracks. 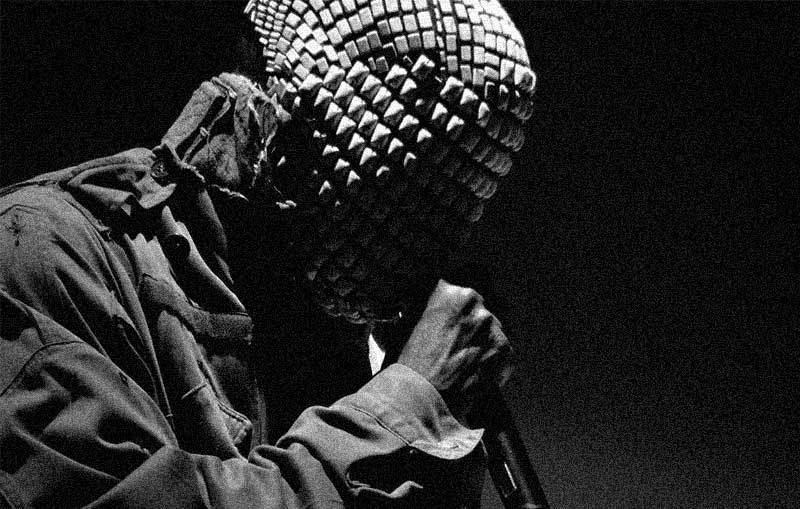 Kanye’s behavior as of late has been generating a lot of attention from his ten minute long speech during a show in London where he lashed out against Nike and Louis Vitton among others, to the fact that he’s been given to wearing a mask on stage. It’s clear Kanye has a lot on his mind, and history shows he’s the kind of person who wants to let the world know about his displeasure with things. With as passionate as he has been lately, dropping a new album out of nowhere, silencing the haters and giving the fans an unexpected surprise, seems like exactly the kind of thing Kanye would do.

“keeping with the pared down, elemental feel that he had with Yeezus”

There are a few things we do know about ‘Ye’s new album. Kayne said that his album is going to be just eight songs, keeping with the pared down, elemental feel that he had with Yeezus, which was in contrast to his previous effort, My Beautiful Dark Twisted Fantasy’s meandering thirteen songs. Taking Yeezus’ ten tracks down to eight might seem a little restrictive, but it’s clear that Kanye is focusing more and more on providing a streamlined, compact experience that can hit a listener in a rageful burst instead of the languid sprawl that many other rappers provide on their overly long albums.

We also know at least a few of the people Kanye will be working with on this new album. Evian Christ, who worked on the deliriously filthy “I’m In It” on Yeezus is back, along with Rick Rubin and Q-Tip. James Blake, Young Thug, Mike Will Made It, DJ Mustard, James Fauntleroy and French Montana – All of which have confirmed working with Kanye. James Blake recently dropped a new instrumental track, something which might indicate where Kanye’s new sound is leaning towards.

Whether Kanye’s new album drops tomorrow or six months from now, it’s clear the entire music industry is going to be expecting more groundbreaking work from him.