Main Menu
"Limited editions, deluxe packages and pre-order bonuses. The ones who still buy music in physical formats are being offered plenty of variations to match their wallet. But there are labels such as UK’s The Vinyl Factory who add value to their releases by treating them as works of art. Just recently they matched their latest […]"


Limited editions, deluxe packages and pre-order bonuses. The ones who still buy music in physical formats are being offered plenty of variations to match their wallet. But there are labels such as UK’s The Vinyl Factory who add value to their releases by treating them as works of art. Just recently they matched their latest vinyl from Noel Gallagher and Massive Attack with a screen printed artwork by Paul Insect, a well known UK street artist. However, with a limited edition of 500, the copies are sold out within hours and end up on eBay. The vinyl single is currently up for grabs with a price tag between £99 and £300. Mondo, another excellent label, are about to release the soundtrack to The Last of Us on vinyl, this coming Wednesday. But even the specific timing of the release is kept secret – And with that, it’s likely to be sold-out within hours and destined to end up on eBay with a few more commas. 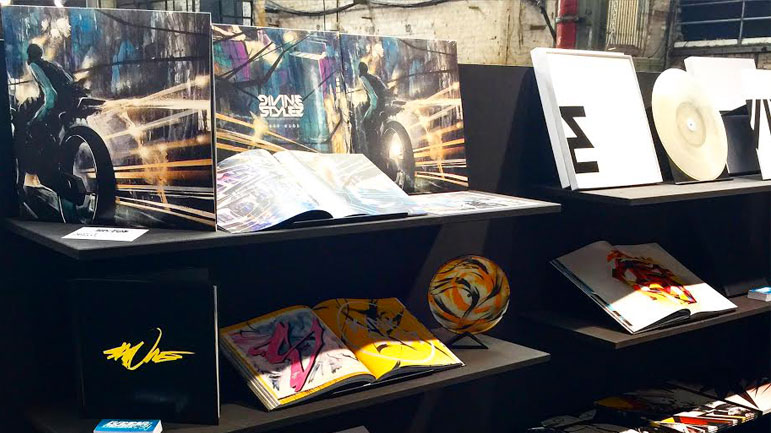 Gamma Proforma is similar to the labels mentioned – Pushing for extraordinary collaborations between art and music. But without the ridiculous price tags, or having the hype to attract the usual eBay scalpers, yet.

Their music and art style stems back to the ’90s Mo’Wax scene, combining graffiti with breakbeats. Talking with Kevin Foakes, most known as DJ Food and who’s work have been published on another similar UK imprint Ninja Tune, he sees the Mo’Wax connection as well, “I don’t think there’s any conscious attempt to copy them, it’s a good comparison in as far as the aesthetic goes”.

Foakes continues, “To my mind Gamma Proforma is one of the most exciting labels releasing material in the UK at the moment. Music, books, art, apparel – all by unique, leftfield artists who have a history of following their own vision in what ever media they work in. The Rammellzee ‘Cosmic Flush’ project is a perfect cross-pollination of what the label seems to be about from an artist whose vision encapsulated everything they do – art, music, design, typography, science fiction, abstraction… “

While their Cosmic Flush project, the numerous free mixtapes as well as the Futura and SheOne prints, it’s where the label is heading once it steps outside its influences which I find most exciting. But while I hope the label goes beyond its roots, finds its own musical genre which will define this era – I still know one label which isn’t attracting the masses, or value its art by the price tag. And they keep me hyped up without being in the hipster forum loop.

Below is our writer James who decided to take his time and interprete the label’s aesthetic from his point of view. 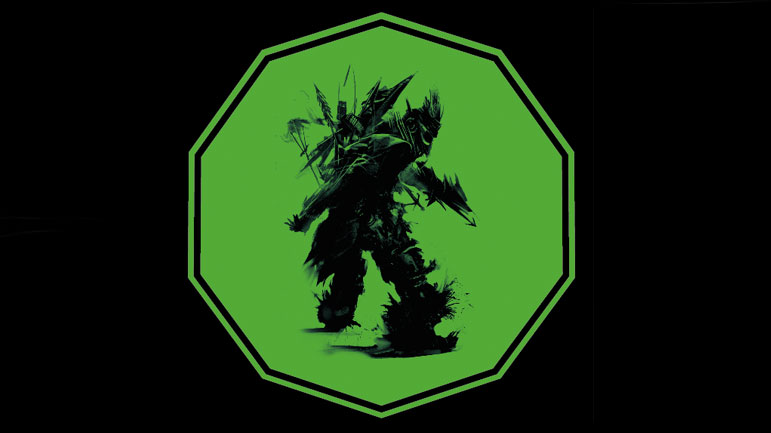 As the novel and exhilarating human connections of the Information Age become normal for an increasingly global village, art and culture from all walks of Earth are coming face to face. Generic conventions have lost relevance as global cultural borders have dissolved – styles, musical, visual, or otherwise, can now be freely blended, mixed and matched as artists are exposed to foreign and novel modes of expression, as well as dynamic new technology with which to express themselves.

Boutique British art house & music label Gamma Proforma seizes this phenomenon headfirst. The art and music they highlight aligns disparate traditions according to the vision of its artists, rather than to expectations of a particular scene or genre. By adhering to specific creative visions, the label can avoid the jungle of sub genre mix and match that many artistic disciplines find themselves prone to.

Take the modern state of music. If a listener were to follow the lead of music publications and online communities, they would follow in the wild goose chase of new genres and sub genres ad infinitum. Dubstep, trap, witch house, neo-soul, any number of permutations of sounds and influences seem to crop up on a weekly basis. This hyper-categorization of sounds may seem to some like a mystifying maze of musical knowledge, but in reality such terms are often arbitrary and idiosyncratic reflections of certain music scenes – they are just as often pseudo-marketing terms as they are legitimate musical trends. Gamma Proforma skips the arbitrary labels of genre, and gains a mosaic of intriguing artistic voices for it – instead of focusing on a niche defined by the label itself, the label’s “voice” is defined on a larger scale, through the reflections of a broad base of artists from across the spectrum of expression.

This phenomenon is reflective of the instant global art community that has been developing since the latter half of the 20th century. Artists can sample and reference works ranging throughout virtually the entirety of human cultural thought – indeed, if a piece of art can be reproduced in a digital form, it can be mixed and matched with any other art. As the Internet has matured and gotten near instantaneous in speed, artistic luxuries like cross-continental collaboration are closer to the norm than ever before.

Gamma Proforma takes this phenomenon of endless reinterpretation a step further and transcends artistic disciplines for its artists. DJ mixes, classic show posters, digital prints, clothing, magazines and books have all been curated under the Gamma Proforma name to reflect the truly unique styles of its roster. While clothing, prints and the like have always been available in the form of “merch,” i.e. marketing material in the form of consumer goods, the modus operandi of Gamma Proforma seems to present such goods as individual pieces at the behest of their artists, as opposed to themed products reflecting a central album or artist. 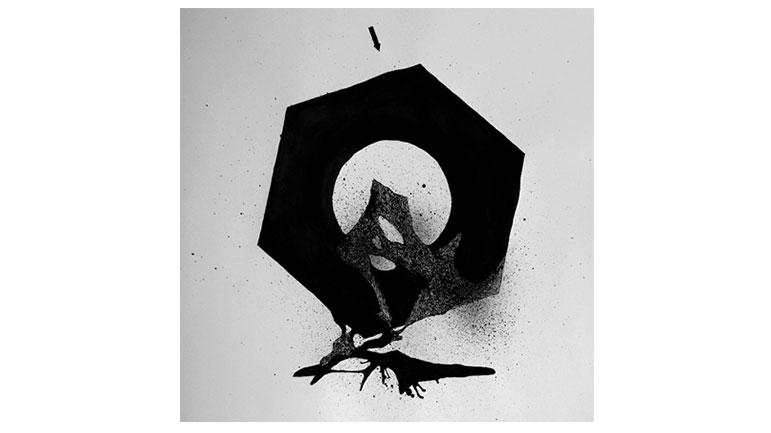 A piece called “Numero 6” (pictured above) is a clear example of the interdisciplinary approach that defines Gamma Proforma and which where included in the REWIRE ART X AUDIO project.

“For 60+ years art has adorned the sleeves of records, a visual expression of what’s inside. We’ve Rewired this relationship. An international line up of visual artists have created works which have been interpreted sonically by audio artists. Effectively reversing the common record model where the artist creates an image to capture the mood of the music.

The visual works come from a curated line up of abstract urban artists. The audio artists have been selected from the vein of experimental electronic music. The project culminates in a multimedia exhibition, book and vinyl box set.”

The piece in question is abstract ink on paper, and in addition to being sold as original art, has been interpreted beautifully in sound by an artist named Monkphat. Gamma Proforma boss Rob Swain’s goal for his brand seems to be the full transcendence of disciplinary bounds – in his creative world, graffiti artists work in audio, movies are given new audio interpretations, clothing debuts at art shows and digital projections inspire their own soundtracks.

While the broad strokes of the label can result in a catalog a touch too vague to be especially reliable, the freedom given to the artists in questions creates more than enough curiosity in consumers to engage them. A creative entity like this will always find some degree of success, commercial or not.

Written by James Nason, with Mojib.
For more of Gamma Proforma, visit their website, which includes numerous free MP3 downloads.

Read our previous Has it Leaked Curated articles.