Main Menu
"Neil Young is set to release a high-fidelity music player. But will it stop you from getting low quality leaks?"

PONO, HOW IMPORTANT IS AUDIO QUALITY?


Neil Young is a timeless singer songwriter that is looking to improve the quality of the music that we listen to on a daily basis. He is looking to start a revolution with the invention of the Pono Music Player. Its set to be the highest resolution digital music available. This means that typical MP3s or CDs will be “a thing of the past once you hear music the way it was meant to be heard” according to the folk singer. Young has already have launched a very successful Kickstarter campaign and Pono has gotten a lot of media coverage over the past few weeks. But would the promise of high-fidelity hold you off from low quality leaks?

And then the MP3 came along, and that’s when the recording industry really went into duress

The word Pono is Hawaiian for righteous or goodness and is the most ideal way to describe this inventive music player. Neil Young has been creating the Pono Music Player for almost 3 years now and is finally ready for people to hear the difference. The whole premise behind the Pono Music Player is to let people listen to studio quality sound wherever they are. Almost all portable music players do not offer the level of sound quality that these songs were recorded using. This means that you are not hearing “the true sound that the musician had in mind”. Many prominent musicians from Foo Fighters to Jack White are huge proponents of his new invention, as seen in the ten minute Kickstarter endorsement video. 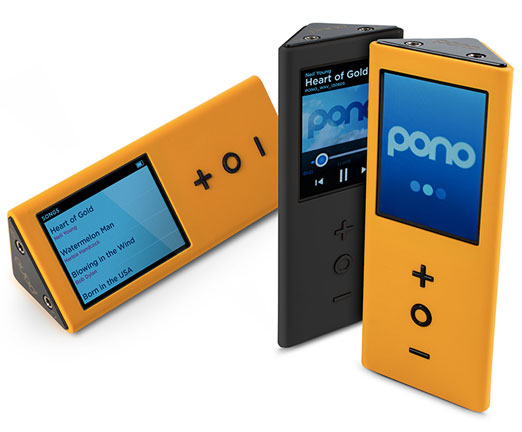 The actual look and style of the Pono Music Player is very old school, or a Toblerone – Whichever you prefer. But obviously the goal of the Pono Music Player is to allow you the ability to hear every song the same way it was recorded, not to be a replacement for your iPhone or Android device. However, the player is not format specific, so both MP3s and other digital files will play on the Pono. The player is set to be released in October this year, priced at $399. Albums will be priced between $14.99 and $24.99, set to be released via a Pono dedicated store.

Young recently let his voice be heard on the topic of the Pono Music Player at the SXSW festival.

“I’m a fan of listening loud. I love to listen loud. That’s what it’s all about, really, for me. I love to hear rock ‘n’ roll really loud, and I love to hear even acoustic music really loud. Loud for whatever it is it’s being played on. I like to take whatever it is to the limit, and then listen to it right there. When I started doing that with these machines, it started to hurt, and I couldn’t do it for very long, so the part of the record-making experience that I used to enjoy became painful. That was a sign to me that something was wrong. I complained a little, and I might have bitched and moaned a little about that, too. Then time went by, and I got some better machines, but they weren’t really that much better — it didn’t change it. But I noticed when I listened to CDs in my car, the same thing happened — it hurt my ears a little bit. And then the MP3 came along, and that’s when the recording industry really went into duress.” 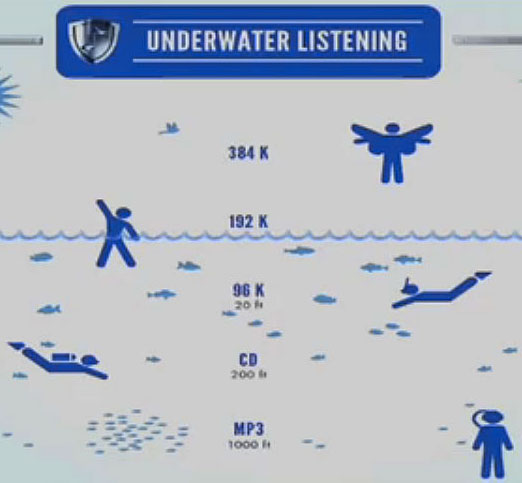 Above you have Young explaining the miracle of being able to listen to high quality audio – Listening to an MP3 or CD is like being underwater. And who wants to be underwater when listening to music? Not Neil.

But is high-fidelity important to you? A lot of the leaked albums reported on Has it Leaked are often transcoded, even lesser versions of the retail MP3. Ripped streams, badly converted files and even worse, unmastered or unfinished demos. A lot of you will argue that if the album turns out to be what you wished for, you’ll end up buying it. But would high-fidelity, high quality Pono versions of your albums put a stop to you downloading leaks?

Would you rather wait if you knew the quality and thus the experience would be vastly different?