Crystal Castles third album bursts onto the scene after an ahead of schedule leak on iTunes. An album also included in the false leak reporting fiasco, driving fans of the nu rave duo to distraction, so it’s time to see if it was worth the hype.

Crystal Castles are made up of  Alice Glass (vocal talent) and  Ethan Kath (electronics maestro), both hailing from Toronto and the new heirs apparent to mainstream experimental electronic music today. Crystal Castles burst onto the scene in 2008 with their eponymous debut album, a trend they’ve continued with until now with the release of Crystal Castles (III).

Since their inception Crystal Castles have carved their own niche in the electronic scene, with their debut album being named one of NME’s Top 50 Albums of the Decade. Crystal Castles (II) was met with even more good praises and compliments for a darker and more mature sound compared to their previous 8-bit new rave beats.

News of a third album broke in April of this year with the release of two new songs and the eventual leak of the LP to iTunes a week ahead of schedule.

The first of these released songs is ‘Plague’, the opener to (III). Straight away, the scene is set. The darker tone to Crystal Castles lives on. Kath, finger out-stretched, beckons the listener into a ravaged deserted wasteland, while surrounding electronic swells rise and fall asunder. This track, following on into ‘Kerosene’ and ‘Wrath of God’ clearly put one in mind of the religiously homologous Day of Reckoning. A soundtrack to the rapture, where amongst the ruins of civilisation, those who have wronged others will be left behind. Glass’ vocals are of a contradictory relaxed and soothing nature, representing a false, almost mocking, beacon of trust and levity amongst the glitching juttering landscape. ‘Wrath of God’ itself is like a rich tapestry of constellations; every pinpricked star one note; every note forming invisible patterns with its neighbors. 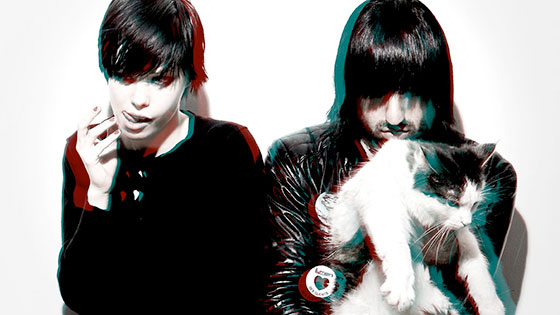 This album is closed in, intimate almost to the point of asphyxiation.

Crystal Castles have talked of themes of religion and class and the oppression thereof being very important to them in the making of these tracks. You need only look as far as the album cover, depicting the famous image of a Yemeni woman attempting to comfort her son, a protester against the government, suffering from tear gas exposure, for confirmation. Crystal Castles message is clear: those that oppress the people, that inflict injustice on the world, revoke equality, or those that will be damned. Alice Glass said herself in an interview regarding (III) “I didn’t think I could lose faith in humanity any more than I already had, but after witnessing some things, it feels like the world is a dystopia where victims don’t get justice and corruption prevails”.

‘Sad Eyes’ is a distinct highpoint on the record and truly representative of the albums main motives. The track revolves around the Islam burka, presenting it as a potentially duplicitous symbol of female oppression or religious liberation. ‘Sad Eyes’ takes you on an epic fist-pumping journey, with a dramatic twisting tone narrative as a guide, although it ends far too abruptly.

This album is closed in, intimate almost to the point of asphyxiation. Ear-splitting synths and off beat drums are rammed in your face, so you can’t ignore them for better, or at other times, for worse. There are songs where some ideas have fallen flat for Crystal Castles. ‘Pale Flesh’ on the first few listens is all too reminiscent to a fork-scratch on ceramic while ‘Insulin’ and ‘Telepath’ have some quite questionable production tactics and sample choices. Sloppy loops, scratchy vocals to a negative degree and extracting out-of-sync drumbeats occur over (III)’s second half and on an album that is already on the short side, weaker tracks like these ones are always going to stand out.

On the whole, the new album is an admirable project, with a well-defined voice and direction. There is passion in these works and you can only respect Crystal Castles for attempting to send a message and raise awareness. Musically however, sadly some ideas come off as half-thought out and clumped together while some of the really good points are taken away far too quickly.

A band that had done no wrong to this point, with clear ideas and a story to tell.

Albeit a front-loaded album, a well-developed narrative and some inspired highlights.