Main Menu
"Having produced such an eclectic mix of artists within genres spanning from groove and rap-metal to new wave and post punk, Ross Robinson's breadth in the industry has not only given him the key to the musical city, it's granted him the right to pave new roads in it, too." 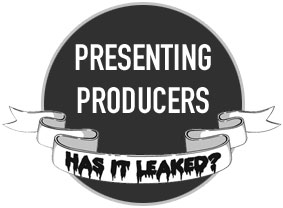 [quote type=”center”] Having produced such an eclectic mix of artists within genres spanning from groove and rap-metal to new wave and post punk, Ross Robinson’s breadth in the industry has not only given him the key to the musical city, it has granted him the right to pave new roads in it, too. [/quote]

Starting out as a thrash metal guitarist, Robinson was immersed in metal from the get-go. He produced his first album for Fear Factory in 1991. It wasn’t until three years later, though, that he made his first real splash as a heavy music producer, producing influential nu-metal act Korn’s debut self-titled album. As a result, prominent artists from the metal, punk and hardcore scenes came knocking in the subsequent years — Deftones, Sepultura, Limp Bizkit and Slipknot in the ’90s alone.

But Robinson’s career as a producer is by no means single-toned or repetitive. The ’90s undoubtedly dominated his nu- and rap-metal ascendancy, while the 2000s saw him reach out to post-punk and post-hardcore outfits by the plenty. Although I find the latter part of Robinson’s career more appealing than the former, it’d be irresponsible not to credit the role he played during the beginning years of Korn, Limp Bizkit and Slipnot’s careers. Alas, the three albums I’ve chosen to discuss were all born in Robinson’s 2000s era of music production. 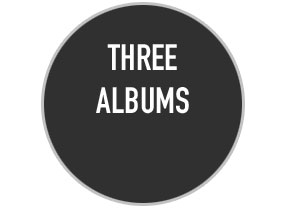 There’s no denying the fact At The Drive-In was one of the most important post-hardcore, punk bands in the late ’90s and early ’00s. Yet, while the band had already established itself as an important role-player in the scene, it wasn’t until the release of the critically acclaimed Relationship of Command that At The Drive-In’s footing in the genre finally nestled.

By this point in his career, Robinson was already known for refining a number of bands’ sounds while still retaining their raw energy, and Relationship of Command is no exception. The album’s clear-cut singles, “One Armed Scissor” and “Invalid Litter Dept.”, albeit polished, primed the band for radio success, landing them gigs on popular late-night talk-shows throughout the United States. Robinson had once again succeeded in becoming an integral part of a band’s transition in quelling (and yet heightening) its sound, all while not only saving it from any fan or media scrutiny, but elevating it to a point where all those who came across it could do nothing but laud it.

Glassjaw is the reason I first took an interest in Ross Robinson. In 2000, he produced the band’s debut album Everything You Ever Wanted to Know About Silence, and two years later, got a second crack at producing another album for the band. Although Worship and Tribute was released only two years after Silence, it marked a mature change for Glassjaw.

While Silence proved to everyone the band was part of the elite in the post-hardcore world, Worship and Tribute demonstrated Glassjaw’s ability to showcase itself as a legitimate hard rock band. “Ape Dos Mil,” one of the singles from the album, is a prime example of the band’s maturity. It was an important decision for Glassjaw to select Robinson for a second straight album. Whenever a band is preparing for any sort of stylistic change, alienating fans is the furthest thing a band wishes to do. That’s where Robinson comes in.

Like many bands before it, Norma Jean took to the ‘rule of two’ and enlisted Robinson to produce a second record for the band. I wasn’t particularly a fan of anything Norma Jean had put out since its debut LP, Bless the Martyr and Kiss the Child, an album featuring then-frontman (and current singer of The Chariot) Josh Scogin. The fact that Robinson was willing to work with the band for a second straight album got me thinking change for Norma Jean was in order. But it wasn’t until learning Helmet’s Page Hamilton and Deftones’ Chino Moreno were on board to not only do guest work — but also write songs with the band — that I was genuinely interested.

Often times, a ‘guest spot’ or ‘song featuring’ on an album suggests one artist wrote the material and the other simply played or sang it. Not on this record. Chino’s tune on The Anti-Mother, “Surrender Your Sons,” is a prime example of what a real musical collaboration should sound like: hearing the creative output of both artists (not just one). Around the time of the recording, Norma Jean released videos documenting its time in the studio with Robinson and Moreno. As a fan of all the aforementioned parties, it was a joy seeing great minds working together.

Collaborations aside, the album as a whole impressed me; Norma Jean had finally released music that combined elements of alternative rock and sludge metal while maintaining grit and integrity. It also set the stage for its most talked-about album to date, Meridional.