Main Menu
"Being categorized and associated with a genre is something few artists enjoy. It’s often a necessary evil, determined by the record label as part of their PR to make it easier for journalists and record stores. But as the artists get tagged with a label, so do their fans. As such, it evokes a feeling […]"


Being categorized and associated with a genre is something few artists enjoy. It’s often a necessary evil, determined by the record label as part of their PR to make it easier for journalists and record stores. But as the artists get tagged with a label, so do their fans. As such, it evokes a feeling of belonging, and as a fan you get protective; an unofficial list of do’s and don’ts suddenly emerges.

“Growing up in the ’90s, one of the first rules was, Green Day wasn’t punk”

I, for one, have a hard time saying that I like electronic music, as I don’t enjoy EDM. I like rock, but I don’t necessarily like Aerosmith. I have a hard time listening to most hip hop, but the artists I like, I really like. And I enjoy classical music, but learned that I tend to go for “modern classical,” which is difficult to define other than it’s new. So it is tricky to talk about genres without being extremely broad.

Punk is one such genre, but it has a hardcore fan base, its own history, and while it’s filled with sub-genres, I feel that it has its basic do’s and don’ts. Growing up in the ’90s, one of the first rules was, Green Day wasn’t punk. It was pop punk, and it was important for those two genres to be separated. One was underground, raw and stood for something. You know, realness. The other was new, commercial and was playing on MTV. As a 15-year-old kid, I respected the difference – and still do.

“when artists use punk music as means to express something creative”

That’s why the teenage heart in me still gets riled up when artists use punk music as means to express something creative, but take a commercial approach to the music scene. Strictly speaking, they want to be alternative, but in real life they are as commercial as any other mainstream pop act. 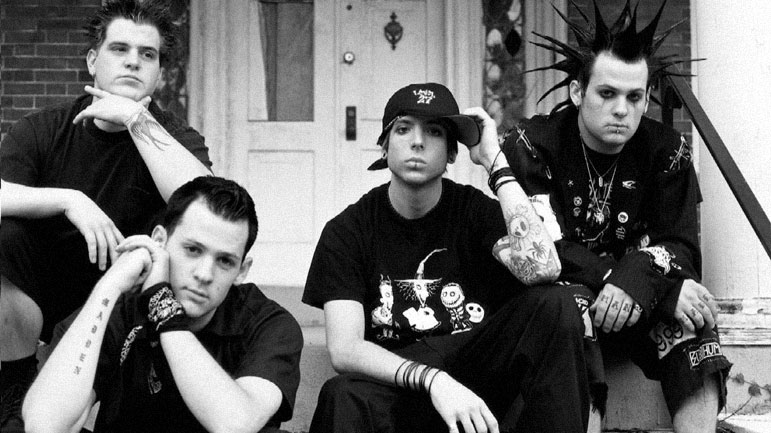 Remember Good Charlotte? They’ve recently announced their comeback, with a new album and international tour. While they were never regarded as more than classic pop punk, they so desperately wanted to be the underground outsiders. On a surface level they fit right in with their tattoos, clothing and lyrics depicting the rich and famous people in ways like, “I’d like to see them spend a week, living life out on the street.” But on the other hand, their sound was based on catchy pop choruses, produced by major executives and written for rotation on MTV, and the band members seemed to hold zero creative ambitions beyond their looks. It didn’t necessarily help that one of them married television personality Nicole Richie.

I even get distressed about the UK boyband Busted re-forming, with former member Charlie Simpson. Charlie jumped ship when the super-commercial band were at their all-time high in 2005, calling it “torture,” and instead formed post-hardcore band Fightstar. The guy fought hard to shake his boyband roots and, surprisingly, he seemed successful in doing so. Ten years later, and only having released his latest Fightstar album a few weeks ago, it was announced that Charlie had reunited with Busted for a tour and album. While Busted seem to have no problem selling tickets for their 2016 venture, the question remains: Are the Fightstar fans going to accept the cold, hard truth – that Charlie wants money? I’ve never listened to Busted, and have only heard a handful of Fightstar tracks, but even I question one man’s loyalty against a bunch of post-hardcore fans who came to terms with the fact that one of the members came from a boyband. 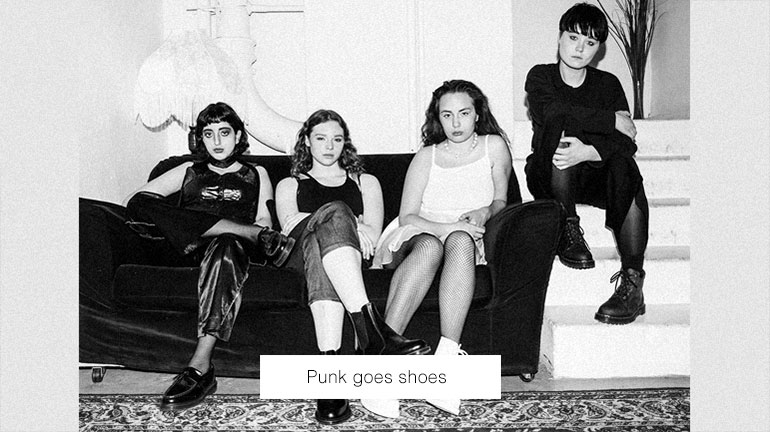 Speaking about integrity, the music economy has taken a toll on a lot of artists. Tie-ins with companies and sponsorships have become another necessary evil to be able to survive in music with a reliable income, both as an artist and label, since album sales have dropped. It’s not like you’re surprised, as Ariana Grande’s new video is filled with Samsung phones, to an absurd in-your-face level. But as an indie or alternative act, you have to tread your ground lightly.

“the super-ironic approach to their interviews, mimicking the Noisey attitude”

Case in point: Swedish newcomers Dolores Haze are an interesting mix of pop and alternative. While some songs are trashy and self-penned punk, others are clever radio-friendly pop songs written by well-known Swedish hitmakers. The band is composed of four 18-year-old Brian Molko-styled girls who are all taking the super-ironic approach to their interviews, mimicking the Noisey attitude of not giving a fuck. But while it might not be for me, probably because I’m male and grumpy, there’s a sense of creative control even while balancing the alternative with the mainstream.

That’s why it was so surprising when they partnered with shoe brand Dr. Martens. The collaboration was titled “Stand For Something,” which is by all accounts not to be treated as an ironic title. The press release is filled with the usual corporate branding phrases from Dr. Martens, as to be expected. The icky part comes when it’s clear that the band is there to “interpret three shoes as songs.” It doesn’t really matter how many levels of irony you’re on – the band is releasing three songs about shoes, as part of their image and their output as musicians and their band identity, as well as their integrity. While I recently argued about this with my podcast and label co-owner, Louise – who’s a co-owner of the label who signed the band – I still want to warn the Dolores Haze members that the money isn’t worth it. Louise makes a valid point about the current music climate and the necessity of sponsorship in the podcast. Still, the rebel teenage heart in me deems the band as far detached from the ongoing Riot Grrrl movement and the actual integrity behind both the scene as well as the importance of being independent. I’m left with a band who, instead, looks like a creative mix: They seem like a garage band spun and remodeled into a commercial entity, with a few singles fit for radio that someone else produced for them.

Also, having been a small-time artist myself, my way out of the sponsored deal was to get creative and start this site. I know there are ways of making a creative force work without relying on someone else’s money.

To be fair, there’s one Good Charlotte track I secretly play when no one’s listening and I think most Riot Grrrl bands’ music is pretty terrible. And in the ’90s I also preferred Green Day’s “Basket Case,” Placebo and Erasure to the underground skate punk my friends deemed more real and legit. And so what if a band consisting of four 18-year-olds put on some shoes and recorded covers about them? So what if a guy name Charlie changed his mind and is trying to balance being a boyband member and a post-hardcore act?

But somewhere, as a listener and a fan, I like to have a few rules to make me feel special. And while most in the music industry is smoke and mirrors, I want something real to grab on to – even if it’s subjective and without logic.