Main Menu
"    < Previous Album | Next Album >         Vampire Weekend – Modern Vampires of The City Chosen and written by Sean May.   If you would have told me at the beginning of the year that Vampire Weekend would produce one of the best albums in at least a decade, I […]"

THE BEST ALBUMS OF 2013: VAMPIRE WEEKEND – MODERN VAMPIRES OF THE CITY


“a perfect representation of modern life’s anxieties and troubles” 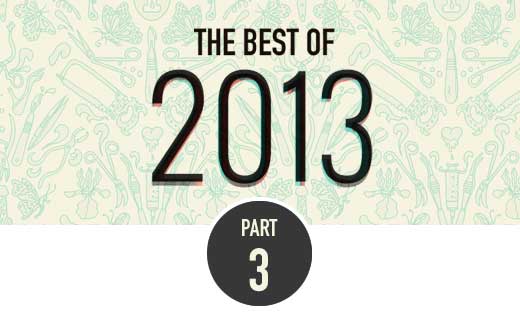 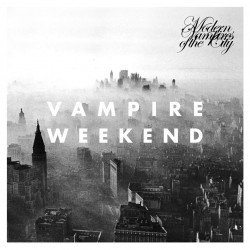 If you would have told me at the beginning of the year that Vampire Weekend would produce one of the best albums in at least a decade, I would have really questioned your sanity and taste. But, here we are. The world is a strange place sometimes.
Modern Vampires of The City is, without qualification, one of the most incredible albums I’ve ever heard. I put it in the pantheon with albums like OK Computer and Boxer, singular visions of a single time and place, perfect representations of modern life’s anxieties and troubles.

Apprehensions about time and mortality pervade Modern Vampires throughout the album, and while some of it is in your face (the sound of clocks literally ticking on “Hudson”), most of frontman Ezra Koenig’s lyrics are subtle and deep, with emotional resonance that goes far beyond what most bands can ever hope to achieve. It is clear that Koenig is searching for the meaning to life, and he’s terrified that he’s not going to find it before his time on earth runs out. Or worse, he’ll be disappointed when he discovers it. Vampire Weekend came out initially as Cape Cod hipsters with nothing to contribute to the world more than a few catchy poppy jams, but with Modern Vampires, the band’s previous fixations on the darker side of the well-to-do on the east coast have changed to themes far more universal and deep, echoing the anxieties and fears that an entire generation is currently facing.

This album was certainly in the shake-up for my top 5 of 2013. It was definitely a more matured settled album for Vampire Weekend. Modern Vampires of the City shows Ezra Koenig expanding into more defined themes such as the ideas of God and spirituality and it’s certainly an encouraging and refreshingly bold change of direction from the band.

The one minor criticism that I will give to this album is related to this growth however. With this album, Vampire Weekend firmly left behind their Afrobeat, Carribbean sound that had pervaded their previous two L.P.s. This would be a fine progression for the band’s more mature themes, but there are still times where Vampire Weekend appear to be reaching back to their more whimsical times, without the musical tools that they had honed on previous releases. For example, the vocal distortions that flirt with the line between being interesting and annoying on tracks like ‘Finger Back’ and singles, ‘Diane Young’ and ‘Ya Hey’. If Vampire Weekend wanted to make a record with more maturity in its subject matter, there’s no particular reason to detract from their previous sound, and absolutely no reason to offset that change with forced sounding ‘fun’ additions.