Main Menu
"    < Previous Album | Next Album >         Tyler, The Creator : Wolf Chosen and written by Matt Doyle.   This may be a contentious choice to some, but bear with me. It was definitely a year of strong hip hop releases, with A$AP Rocky and his Mob, the new project […]"


“a young rapper finally throwing off the OF shackles” 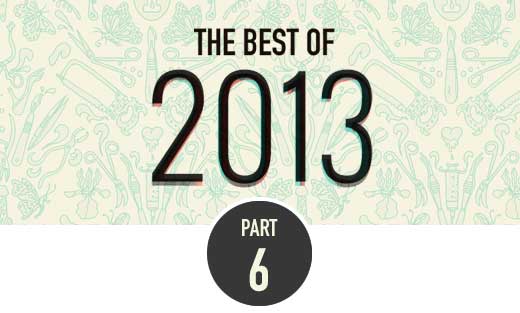 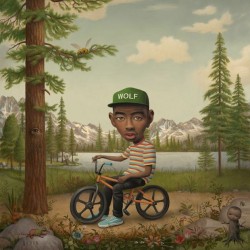 This may be a contentious choice to some, but bear with me. It was definitely a year of strong hip hop releases, with A$AP Rocky and his Mob, the new project Run The Jewels, Drake and the holy trinity of Eminem, Kanye and Jay-Z all making a strong effort in 2013. However, with this all considered, Tyler, the Creator’s third album Wolf is still the release I found myself coming back to all year.

though simplistic at times comes across as uniquely stylized, uncharacteristically reserved and full of intent

Tyler, though generally being accepted as the most talented rapper of the L.A. based Odd Future collective, still appears to be lumped in with these shock rap, horror core roots and not taken as seriously as his rivals today. I feel that Wolf is a triumph for Tyler, with him showing a huge amount of growth and maturity in his rapping and production skills, as well as an expansion in his subject matter to more emotional and personal areas. Tyler’s production (he produced every song on this album apart from Lone) though simplistic at times comes across as uniquely stylised, uncharacteristically reserved and full of intent.

Tyler’s at his very best when is verses are thoughtful, articulate while still focussing on more close to home and emotional themes than he has in his past: His estranged father in ‘Answer’, dealing with extreme fandom in ‘Collosus’, the atypical love stories of ‘Awkward’ and ‘IFHY’. Overall, I found Wolf to be a thoughtful journey, from a young rapper finally throwing off the OF shackles and working the way that he wants to great effect.

At first, I really didn’t like this album. At this point, I’m still not sure I’d consider it the best of the year, but my initial aversion toward Wolf has been tempered a bit.

It’s clear that Tyler, The Creator is still dealing with issues with his father, but on top of all of that, he’s experiencing the perennial problems of a star who has shot to fame quickly and at a young age, mainly “being famous is tough”. The thing is, while most artists who do this kind of album are seen as vapid and ungrateful, on “Wolf”, Tyler deals with it more honestly and introspectively than most.

But, I still can’t get behind this album wholeheartedly. There’s no “Sandwitches”, “Yonkers” or “She” on this album, no songs that jump out at you and really stick in your head. Tyler does seem to try branching out into some different styles on songs like “Tamale”, but for me it’s just not doing it. Also, the song that forms the emotional crux of the album, “Colossus” is pretty much Eminem’s “Stan” redone fourteen years later, albeit with much less melodrama than Eminem’s weepy cautionary tale.

Tyler still has the problem of using the word fag, something that undermines the more serious tone of this album and sort of shoots his credibility in the foot. If he’s trying to be an adult, he has a long way to go.