Main Menu
"    < Previous Album | Next Album >         Janelle Monae – The Electric Lady Chosen and written by Sean May.   If Prince, David Bowie, the better parts of Janet Jackson’s career and William Gibson were somehow able to produce a child, it would be Janelle Monae. Over two albums and […]"

THE BEST ALBUMS OF 2013: JANELLE MONAE – THE ELECTRIC LADY 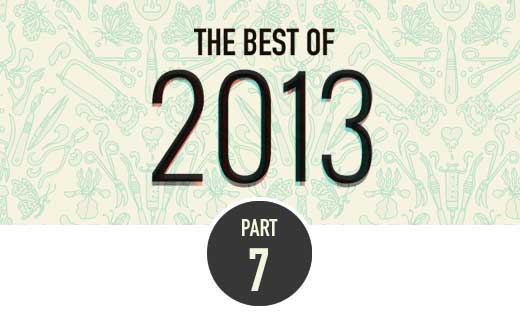 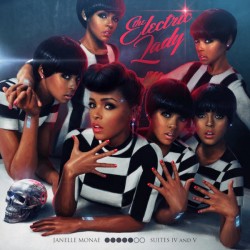 If Prince, David Bowie, the better parts of Janet Jackson’s career and William Gibson were somehow able to produce a child, it would be Janelle Monae.

Over two albums and an EP, Monae has revealed herself not only as an immensely talented singer who knows how to find the right producers to work with to showcase her talents, but also a talented crafter of concept albums, with both 2010’s The ArchAndroid and this year’s The Electric Lady telling a cyberpunk tale of a future run by androids, complete with faux radio broadcasts that actually fit with the album’s theme, making the skits on the album actually worth listening to.

Even for someone like me who usually doesn’t pay attention to R&B, this album can’t be denied

Monae is just now getting the attention she should have been receiving for years, and The Electric Lady earns that attention incredibly well, with lush production and incredibly good guest stars (Prince, Erika Badu, Miguel). Songs like “Dance Apocalyptic” and “Electric Lady” are so far beyond what anybody else in the genre, or music in general, are doing these days.

Even for someone like me who usually doesn’t pay attention to R&B, this album can’t be denied. What Monae did here is absolutely excellent.

Full disclosure, this had not been an album that I had listened to in full before seeing Sean’s album list. I was certainly aware of Janelle Monae, and her assured debut album ArchAndroid but The Electric Lady just seemed to fly under the radar. An error in judgement this has indeed proved to be.

Monae absolutely nails everything on this release. The concept album style through static-y radio programmes has been done, but one can’t argue when Monae pulls them of with such aplomb. The songstress has certainly surrounded herself with some fantastic musicians, as every track is flawless and masterfully architecture with monumental soulful arcs, and timeless jazz/R&B interludes.

The brashness of Monae can even put Prince firmly in the background, and it’s now becoming more and more impossible to ignore Monae, try as I might apparently. Definitely a future classic with some a huge immortality value, coming from a megastar in the making. I hold my hands up on this one.