Main Menu
"What could bring Has it Leaked to post its first video game related post? The best video game, ever, of course. The one game that made me understand that video games could push beyond the confounds of its predecessors and become art. That game has had its full soundtrack ripped and shared. While you might not agree with me […]" 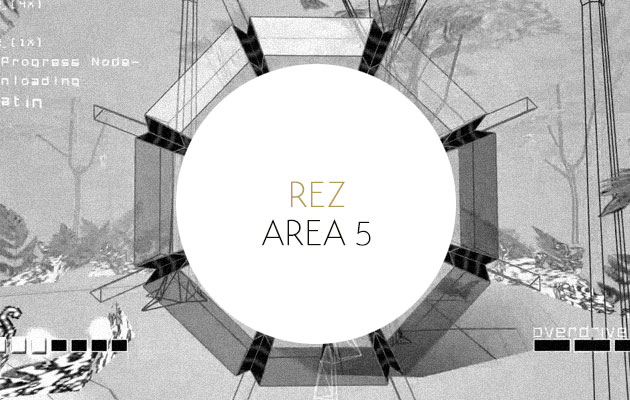 What could bring Has it Leaked to post its first video game related post? The best video game, ever, of course. The one game that made me understand that video games could push beyond the confounds of its predecessors and become art. That game has had its full soundtrack ripped and shared. While you might not agree with me that it’s the best, it has certainly made its cultural impact since its original release back in 2001. Originally released for the Dreamcast, Tetsuya Mizuguchi’s Rez was groundbreaking since it combined rhythm, visuals and game mechanics. Inspired by Russian painter Wassily Kandinsky, Mizuguchi set out to explore synesthesia and the way in which visuals and music communicates.

Rez has a simple game mechanic, shooting enemies on-rails in a 3D world. But having every action you make produce sound which is both in key and in sync rhythmically, pulls you into the world like no other game. Add simple yet artistic renderings of an emulated computer world and you’ve got something very special.

But the game is nothing without the music and just like Wipeout had done for the Playstation One, or the orchestral sounds of The Last of Us did not too long ago, Rez had great producers on board (fun fact, The Chemical Brothers turned down the opportunity to be included). And while the game got re-released in a beautiful HD remake on the Xbox 360 years later, and a CD with its soundtrack was released – There was one important track missing.

The final stage of Rez, Area 5, has Adam Freeland’s track pushing the visuals to its limits with his composition “Fear”. However, due to the track sampling Marlena Shawn’s California Soul from 1969, the original video game edit never made it to the soundtrack. But thanks to GO-GO-GST, a video game soundtrack enthusiast, we finally have it. GO-GO-GST ripped the original stems (the track being separated into layers) and put the song together in what he calls, FEAR (GO-GO-GST REZ VERSION) and has made it available to download on his Tumblr.

If you haven’t played the game, I encourage you to dust of your Dreamcast, Playstation 2 or your Xbox 360 and hit eBay. And even if you’re not a video game enthusiast, view the video embedded above and remember that video games is a powerful, often under utilized media in which you have to dig deep to find the real artistic value and hidden gems – Kind of like music videos.