Main Menu
"Are album streams the new album leaks? Written by Staffan Ulmert, site admin.   In the past few weeks, there’s been some controversy involving members reporting album streams as leaks, with some members stating that an album stream shouldn’t be considered a proper leak. Let’s get one thing out of the way: as of right now, […]"


“The labels are reaching out to us. They give us albums for free, in advance. But is it enough to stop piracy?”

In the past few weeks, there’s been some controversy involving members reporting album streams as leaks, with some members stating that an album stream shouldn’t be considered a proper leak.

Let’s get one thing out of the way: as of right now, an album stream is considered a leak according to our FAQ. Now, this might change in the future as we listen to our community. Since we want to reflect how users are downloading and getting their music, we can possibly reconsider the consideration of streams as proper leaks. But since this is a controversial topic, and people are vocal on both sides of the debate, I want to take this time to make a case for album streams and I would like to show how album streams are the first real attempt from the labels to stop hunting down pirates and leaks, and instead embracing the people who are clamoring to hear the albums early. 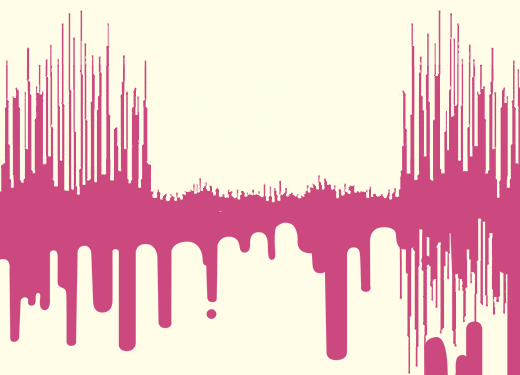 Has it Leaked is now one and a half year old. Compared to other music publications, it’s nothing – But with the internet, anything that proves to be useful to people or gains popularity (they aren’t always the same thing) tends to stick around. So while the first few articles I wrote were centered around why Has it Leaked is a part of the music culture, we’re now actually a part of the music industry. Not a massive part by any means, but on the other hand, we never set out to compete with the downloading sites either.  That would have been the easy way to do it. So when I and the other moderators go through comments each day, we’re not only deleting download links and trying to quiet trolls who are claiming they’ve got the latest album before anyone else – We’re also listening to you.

The one discussion I’ve been following the last couple of weeks have been the discussion regarding album streams – If they should be treated as leaks or not. To be honest, we didn’t really have a rule supporting album streams before this happen, but being an all ruler and a supreme ruler (obviously not really) I modified the rules to include album streams to be part of the leak process fairly recently.

To me, it seems like that it took labels nearly a decade to arrive at a very simple fact: once an album has leaked, it can’t be stopped. While they might have been naive back in the Napster days, it’s incredible to me how stupid the labels have been when trying to stop album download leaks from happening throughout the years. Sure, not sending promo copies to just about every journalist or keeping the album announcement as close to release as possible have been somewhat successful, but still, even with those efforts Has it Leaked exists only because they haven’t been actually listening to the music community. One of the most used techniques have been to shut down the “source of the problem” and hiring so-called web sheriffs. These systems are, of course, flawed. First off, there’s never one single source and secondly, web sheriffs are using the labels to make money off of piracy, while the truth is they are taking advantage of the labels stupidity and trying to discuss the fact that they’ve got no power whatsoever.

So here we are, more than ten years later (Napster started in 1999), and we’re finally seeing the labels actually reaching out to us pirates (or what I would like to refer to us: music fans). We actually get to listen to the full album in high-quality streams (audiophiles aren’t included here, they are on What.cd anyway debating transcodes), and in advance. And I’m not talking about the god-awful promotional and label-tied Pitchfork advance. I’m talking about the labels and bands who are replacing the money they were spending on web sheriffs and hunting down blogs, to actually stream the album when the album leak has either happened or is imminent. Imminent, as in – They’ve sent out promo copies to thousands of journalists and they know it’s bound to get leaked and prepare themselves with an album stream. To provide a very recent example, Daft Punk’s Random Access Memories was reported as being leaked on our site, and minutes later the album stream was up, in a real, completely legal form.

They’ve given us an alternative to the free downloads. Because let’s face it, no one here is actually afraid they might get caught downloading illegal files and end up in court – they’ve tried those scare tactics already, and the fact is it doesn’t work. So, let’s summarize the differences between a downloaded leaked album, and an album stream.

+ You get to listen to the album you’ve waited for.

+ An album stream is available on the spot, without any horrible ads or time spent hunting down files.

+ It’s guaranteed to be of high-quality.

+ If you’re sort of handy with a computer, it’s not rocket science converting the stream to actual files.

– It’s not easy to transfer a stream to your music player, IE iPhone or Zune (sorry, an old joke but still funny to me).

– You’ll lose some audio quality when converting the stream to files. And it takes time.

+ You get to listen to the album you’ve waited for.

+ Easy to put on your music player (I would debate it’s the reason why the iPod was so successful in the first place).

+ In some cases, it’s a proper non-transcoded version, and the sound quality is equal to the retail version.

– You’re supporting file sharing sites like Rapidshare or Uploading, who really wants to do that?

– The quality, especially if it has leaked very early, isn’t what the artist intended and lacks the full experience and depth of the final record quality.

– If you haven’t visited Has it Leaked, you might have downloaded fake files and therefore wasted your time, spent money on unlocking fake files or ended up with viruses on your computer. Its easy to get desperate if you’re a fan and scam artists love to exploit people’s weaknesses.

Remember, I’m comparing a download to an album stream – If there’s no stream, it’s another discussion completely. So with that in mind, let’s get back to the purpose of Has it Leaked. I know for a fact that the anticipation of an album, the hype, the speculation…the discussions about whether or not the coming release will hold up or not, are always the most important things being discussed at Has It Leaked. This isn’t a place for debating whether the leaked files come as files that are easily transferable to an iPhone, or if its an exact replica of the retail CD. Fans just want to hear the album, as soon as possible. And we want to give them a place to discuss the album, and possibly to indicate where you might be able to find it before it hits the retail channels.

Or maybe I’m wrong. Am I just simply taking advantage of illegal downloads, and get visitors to push my views of the music industry? Maybe I’m as naive as the labels and think Has it Leaked is more than just a hub to get music for free. I sure don’t hope so, and looking at the album comments I have a point –  Since people are debating the music, and not discussing payed versus free music.

But in the end, you’re the ones who call the shots, the fans, the people who are using this site every day. I’m never going to link to downloads or allow links to file sharing sites, but if the labels are actually doing something creative, I’m sure going to listen. Just like I listen to you.