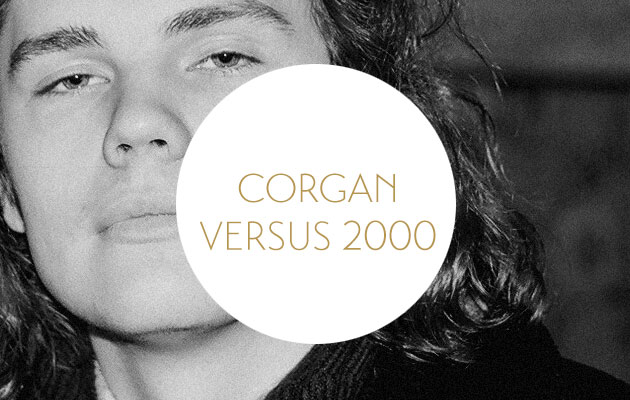 Billy Corgan is undoubtedly as sentimantal as I am about the ’90’s version of The Smashing Pumpkins. Corgan is often referenced as the biggest fan of his own band. And it shows, as we’ve been treated to an absurd amount of rereleases, outtakes and demos – All culminating in the 90 song set Behemoth that is the reissue of a b-side collection. For what it’s worth, the reissues work as conversation pieces, from  Corgan craziness to the death of the CD.  But more importantly, they are bound to hit your soft spot somewhere among the x hours of Corgan songwriting.

1998’s album Adore was the beginning of the end. Smeared with kohl eyeliner, it was the art-rock and electronic departure which Corgan would later characterize as “a band falling apart“. Similar to follow-up albums MACHINA and MACHINA II, there were hints of wonder but for the most part melody-driven songs were de-prioritized in favor of elaborate lyrical quandaries and a production and engineering approach which was never modern or exiting. Why would you drain a good song in distortion noise?

However, thanks to a soon-to-be rerelease of Adore, Pitchfork treats us to a glimpse of Billy Corgan’s 1998 quality songwriting. While destined for Adore, the song Let Me Give the World to You was eventually released on MACHINA II but has now been rediscovered in its original form.

Haven’t heard it before? Listen to the 2001 version below, best described as a song brutally stripped from any dynamics. Buried and smeared with white noise, loosing any sense of melody or riffs.

Then listen to this version, from the Adore sessions in 1998 with Rick Rubin producing. It’s the same song but without any elaborate concepts, distortions or compromised by a grand album master plan. It’s not 1979, or even any of the b-side highlights, but it’s chords, lyrics and Corgan in fine form.

And don’t get me wrong. I’ll still hold my breath for 2015’s Monuments to an Elegy and Day For Night Smashing Pumpkins albums. But I guess the best of Corgan is behind him.