The promotional machine that is Random Access Memories keeps on going. Recently, members of the press have been allowed to listen and do track-by-track previews of the album, you can read both Exclaim and NME‘s take on the record. But things got really interesting when long time Has it Leaked member JD, revealed that a german track-by-track preview included the statement “Das Album gibt es ab dem 13. Mai in voller Länge im Stream auf iTunes.” which roughly translates to iTunes streaming the album on the 13th. Hours later, according to JD and other Has it Leaked members, the sentence had been removed.

the label knows it can’t stop a leak completely 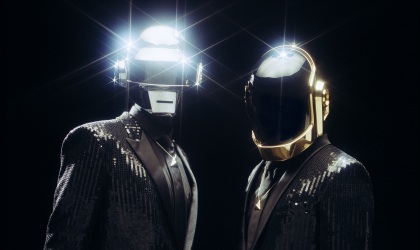 Either Columbia asked the publication to remove the statement because it was incorrect – Or the album is actually set for an official stream on the 13th. The later seems likely, since the label knows it can’t stop a leak completely and need to combat it somehow. And as we all know, if it streams on the 13th – It’s only going to be matter of minutes before someone makes a recording and puts it on every peer-2-peer download service on the planet  Purists will say it’s a transcoded version, and not equal to the sound quality of the retail version, but it will definitely leak.

Want to know when it leaks? Follow the development on our dedicated RAM page.