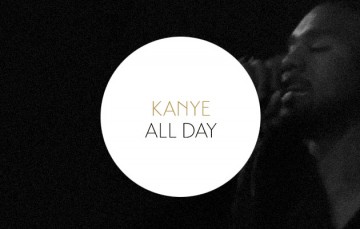 While we’ve gotten a taste of Kanye’s upcoming single All Day before, he finally performed the song live. At the Brit Awards tonight he entered the stage with a flame thrower, throwing down what could be the third official track we’ve heard from his upcoming album. Kanye has previously stated that the album will be a surprise release. . The Soundcloud version has been removed. There’s a video version now instead.