While Björk’s recent album leak came as a surprise, it wasn’t too long ago another major artist had her music unofficially shared. Madonna had several demos from her upcoming album, Rebel Heart, leaked – Causing the artist to compare it to a form of terrorism. Now it looks as if the source of the leak has been tracked down. 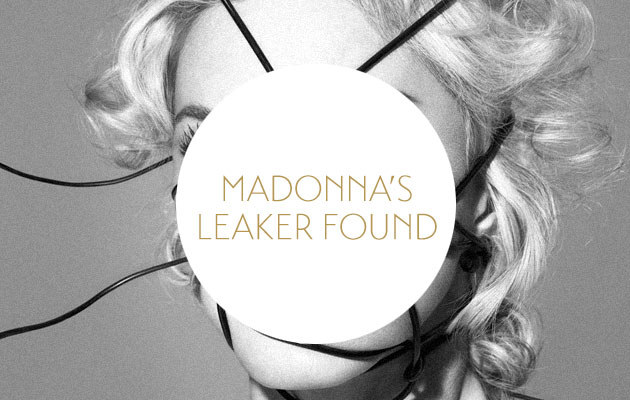 The Hollywood reporter states that a 39 year old Israeli man has been arrested after a month long investigation by Israel’s Lahav 433, a crime-fighting organization comparable to the FBI. The man allegedly broke into several computers, stealing and selling leaks. But it wasn’t until he broke into Madonna’s personal computer an investigation was put into action. To make things more weird, it also turns out the leaker had been a contestant on a popular, singing TV show.

“While an official gag order has been issued on the suspect’s name, local reports have already surfaced identifying the man as a former contestant on one of Israel’s most popular singing competition TV shows. The suspect is said to have allegedly broken into several musicians’ personal computers, but it was the Madonna leak that led to the investigation.”

Similar to Björk’s leak, Madonna’s camp made the songs available through digital stores once the leak happened. This is a new tactic in order to deal with the leaks as labels usually combat leaks by offering free, advance streams.

Another interesting aspect is the fact that the Israeli crime-fighting organization claims the leaker had previously sold leaks. Which begs the question, who would buy leaked music and how do you turn that into profit?

More to come as the story develops.