What do you want Reissued or Released on Vinyl? 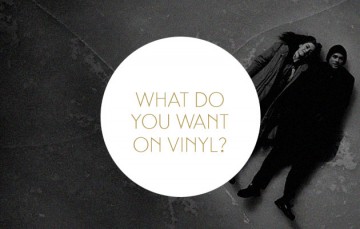 Since the vinyl resurgence we’ve seen a lot of reissues. Most of which are 90’s bands which either had a very limited supply of their original vinyl release or they never had any vinyls printed because of the CD boom. Reissuing the 1990’s era makes sense financially, since the audience are mostly in their 30’s by now, and have money to spend. Nostalgia is a powerful thing. Nirvana. Smashing Pumpkins. Alice in Chains. Music on Vinyl is a company who has made sure to cover a lot of classics.

But there’s a lot of high praised and loved music which is still left alone, especially when it comes to soundtracks from movies made in the early 2000’s. One of them is Jon Brion’s beautiful score to Michel Gondry and writer Charlie Kaufman acclaimed movie Eternal Sunshine of the Spotless Mind. For me, it’s a soundtrack which would make a great addition to my vinyl collection.

What would you like to see on vinyl? It doesn’t have to be a soundtrack, but something which is either to rare to get your hands on or something which never made it to plastic.