Main Menu
"  While almost half of 2015 has passed and some great metal acts have released some stellar titles, there are still some months to go and some great upcoming albums ahead of us. A few bands have reveled the name of their album, a few bands have confirmed that they will release, a yet to be revealed album title, within the […]"

THE SECOND HALF OF 2015’S MOST HYPED METAL ALBUMS 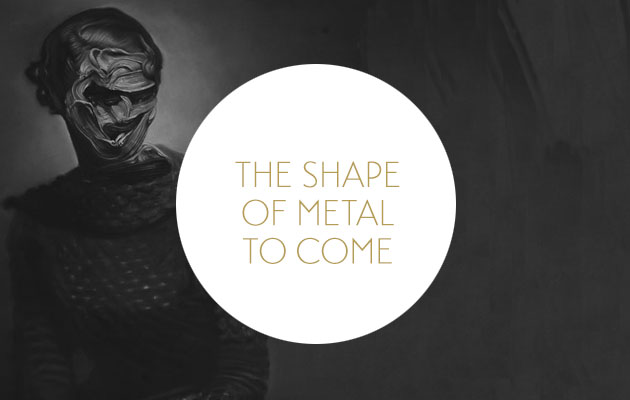 While almost half of 2015 has passed and some great metal acts have released some stellar titles, there are still some months to go and some great upcoming albums ahead of us. A few bands have reveled the name of their album, a few bands have confirmed that they will release, a yet to be revealed album title, within the year. So here we have my list of the most anticipated metal albums of 2015 with a short description.

Six Feet Under – Crypt Of The Devil
On the 5th of May Six Feet Under’s eleventh studio recording will be released. This time the album will represents another new incarnation of the band with the assistance of a fresh songwriting perspective.

Kamelot – Haven
This year, the 5th of May, symphonic metal masters Kamelot return after two years of touring the globe and twelve months of intense writing and recording.

Veil Of Maya – Matriarch
The group have released a new song and music video for ”Mikasa”. Its also the first video to footage of Veil of Maya’s new frontman Lukas Magyar performing with the group and it sounds amazing. Can’t wait to here the rest on May 12th.

Faith No More – Sol Invictus
Its been eighteen long years since the release of Faith No More’s last album. But this year, on May 19th, the band will release Sol Invictus. And while there’s a low quality leak already out there, we want The Real Thing.

Helloween – My God-Given Right
If the music is as good as the artwork on this cover, then it will be an awesome album.

Breaking Benjamin – Dark Before Dawn
Within an hour of release of the CD’s first single ”Failure”, the CD skyrocket to number one on the rock single and rock album charts at iTunes, and landed in the top three on the overall album chart.

August Burns Red – Found In Far Away Places
The 29th on June is the date for August Burns Red’s new album. Why I am so hyped about this album? Answer: The album includes a guest appearance from A Day To Remember’s Jeremy McKinnon!

Megadeth
The band have confirmed that Lamb Of God’s drummer Chris Adler will perform drums on the new album. It will probably be released later of the year.

Cradle Of Filth – Hammer Of The Witches
Dani Filth says about the upcoming album ”It has a little bit of everything: very cool twin guitar work, very fast thrash parts almost like deathcore and I mean stuff like Pap Smear, the really fast speed metal bands, but it’s very dark and symphonic.”

Dream Theater
The band have been dropping a new album every odd year since 2003, so it would be terrible if they don’t finish the new album on time this year.

Metallica
Lars Ulrich says about the upcoming album ”We are fucking in it. We’ve got lots of songs, and we’re honing them and tweaking them. It’s pretty close.”. Apparently Ulrich is in the album, and having sex with it. I’ll let you decide wether that’s a good thing or not.

Rob Zombie
Zombie says about the upcoming album: ”This record is just continued further down that road where it feels lika you’re inspired.”

Dimmu Borgir
The symphonic black metallers from Norwegian are in a pre-production for their tenth album, tentatively due before the end of the year.

Five Finger Death Punch
Guitarist Zoltan Bathory says about the upcoming album: ”Thank God we have plenty to sat and plenty of material.”

Ghost
The third album will also be the ”departure” of vocalist and spiritual leader Papa Emeritus II. What will he look like? Ghost will reveal the new leader’s identity in due time.

Slayer
Kerry King says Slayer’s new album is Paul Bostaph’s new peak ”people are going to be stoked when they hear what he did on this record.”

Gojira
The band have announced that the are officially working on a new album, in a new studio built and operated by frontman Joe Duplantier.

Anthrax
The band have been busy working on their new album on and off for the past year. Maybe this year it will be released?

Iron Maiden
So the album is done. But the band is waiting for Bruce Dickinson’s recovery and will be released in the next couple of months.

Of course there is more metal bands that will release a new album this year, but if I would include everyone the list will be too long to read. So this is my personal favorits. And who I am? I’m Erica from Sweden. A girl with a huge interest in metal and rock music.

Let me hear your reflections on my list. Have I forgotten any (good) bands that will release their album this year that should be added to the list?