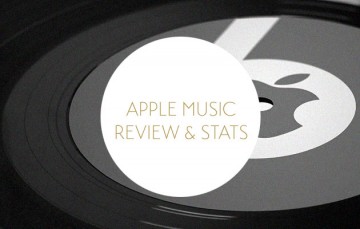 After spending a week with Apple Music, we review the streaming service in the lastest Only Music Podcast episode. If you want to add the episode to your iPhone via iTunes or an Android app, here’s the subscription page which support all formats.

Early adopters are plenty, as 41% of Apple mobile devices, running iOS 8.4, is using Apple Music as of yesterday. This according to Mixpanel. That’s roughly 200 million iPhones running Apple Music, more than twice as many Spotify users. There’s of course a difference between actively using the app, and having it pre-installed – But since launching the new streaming services is a tap away, Spotify is facing real competition for the first time. 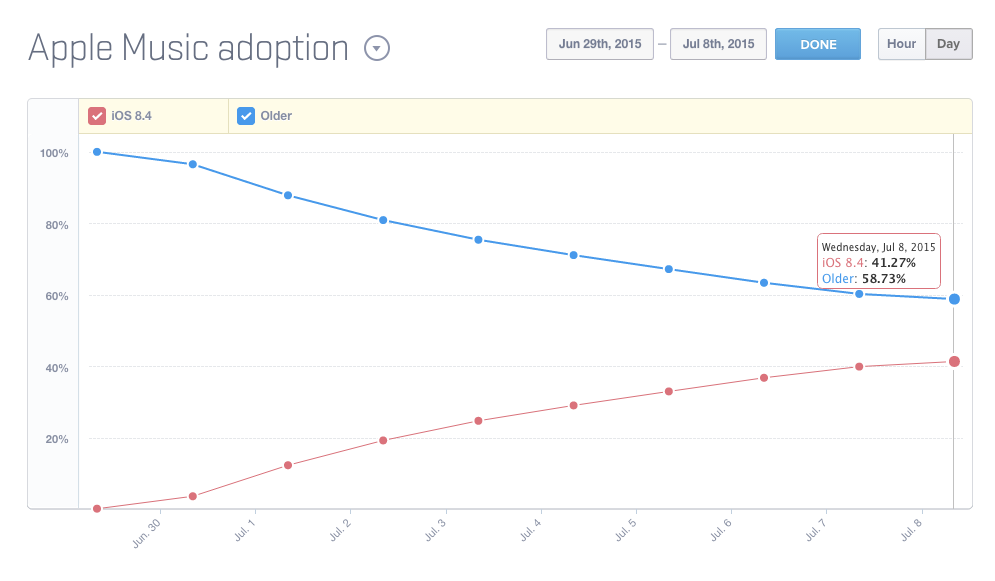 I ran a poll last week, asking for your first impressions – And with 331 votes 40% of Has it Leaked users like Apple Music and are likely to switch. And even before Apple launched the app, you guys were hopeful.

Other services are still struggling to get the amount of attention Apple has received. Google even launched a free, curated version of their streaming service. A recent study performed by The Verge, users couldn’t tell the audio quality difference between the major services, which is another nail in the Tidal coffin. Rdio, Deezer and Pandora aren’t currently getting any significant media boosts.