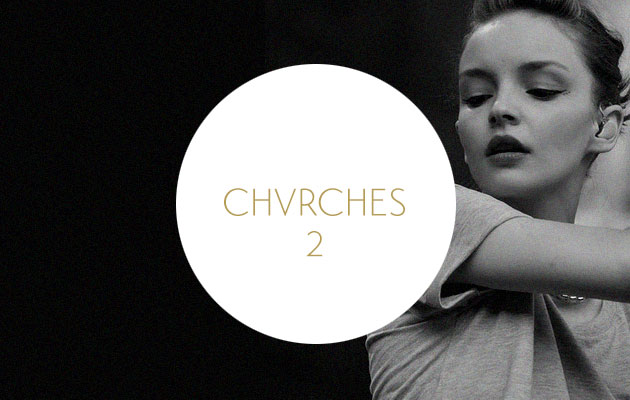 Every time I mention Chvrches on the Has it Leaked Twitter account, it’s guaranteed to get retweeted. And it’s been like that since their debut album came out. Kanye rants, Radiohead updates, Tame Impala quotes and Slipknot f-bombs I get. But a synth-pop band from Scotland? It’s still a mystery to me. Not even The Chemical Brothers or New Order are as popular as this act on Has it Leaked.

Don’t get me wrong, I really like the trio. I’ve yet to see them live but their debut was more than a couple of hit singles, singer Lauren Mayberry is both cute and smart and their pop melodies remind me of early Erasure and Depeche Mode. But still. And I’m especially directing this towards fans from the US; There are so many UK bands trying to push through, and very few make it further than a one-off concert on Conan. But somehow, this made it? Anyway,

The band have now completed their second album, according to an interview with the NME. It’s set to be released sometime this year and include songs, titled ‘Never-Ending Circles’, ‘Make Them Gold’ and ‘Leave a Trace’.

Martin Doherty, the bands keyboard player, explained that he wanted to maintain a certain ‘accessibility’ to the band’s music. “After making one record that people really like, some bands reject the things that everyone liked about them and make some really deep, thoughtful, dark record – but I wanted to avoid making a ‘mature’ album,” he commented. “That said, it’s not like we’re making saccharine shite. There’s important lyrical content, and we’re still pushing the same emotional boundaries, but also trying to make it as accessible as possible.”

Mayberry added: “Because the album was written over such a long period of time, it’s about the goods and the bads, the beginnings and ends.”. No title or release date have yet to be announced, but by the end of the summer we will likely have more for you.

Now, to cure my curiosity I want to ask; How you would, in retrospect, rate their 2013 debut album The Bones of What You Believe? On the album page, it currently has a 9.4 score – But those ratings are often somewhat misleading since people are excited and might only have listened to the album once when adding their opinion. So I’ll ask once again, and feel free to comment as to why you think the band is so popular. So, out of 10….