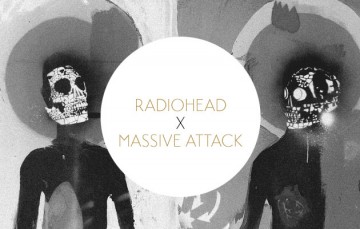 New material from Massive Attack is a rare thing. But lately we’ve been teased about the duo remixing Noel Gallagher and working with RTJ. As if that wasn’t enough, Robert Del Naja of Massive Attack teamed up with Thom Yorke and Johnny Greenwood from Radiohead to do a new soundtrack. As if that wasn’t enough, we also get contributions from Elbow’s Guy Garvey and Euan Dickinson.

The documentary is titled UK Gold and is an upcoming movie on tax avoidance. It’s directed by Mark Donne and narrated by actor Dominic West.

UK Uncut have shared the full soundtrack on Soundcloud and it is, as you might have guessed, heavy on the experimental electronic side. But it also has that haunting Massive Attack ambience (see the tracks Embers and Mission Creep).

With a Radiohead record in the works, all we now need is a Massive Attack album announcement.